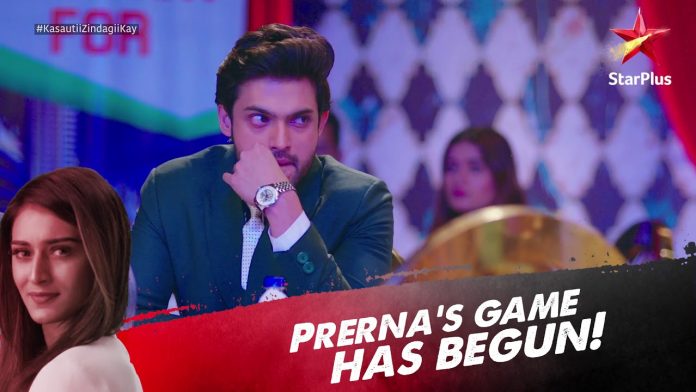 Promo 1: Anurag and Prerna talk of true love, how they get separated again and again, and reunite by the fate. He asks her if she loves him a lot and can die for him. She tells him that she loves him immensely. Anurag turns wicked towards her. This promo got much confusing until the episode with the track aired. The major twist makes a big year ahead.

Promo 2: Anurag questions Prerna’s love intensity. She tells him that she would love to die for him if needed. He then asks her to die for his sake. Anurag makes the ugly move to kill her. Luckily, she gets saved by her former husband Mr. Bajaj. He makes her a strong woman. She wants to return as a strong individual. She becomes the successful businesswoman in eight years to return back to take revenge on Anurag. She wants to destroy him completely. She tells Anurag that she is actually deriving joy on seeing him in pain. She feels happy by the sight.

Promo 3: Prerna is back in Anurag’s life. She recalls the day when he wanted to give her death to marry Komolika. She knows that Anurag and Komolika conspired against her just for the sake of property. She regrets the day when she fell in love with Anurag. She has bigger regret of losing Sneha. She returns to Kolkatafor her revenge game. She wants him to regret the fast that she is still alive. She shocks Anurag by a surprising defeat in the land auction.

Shoot in your comments to express your likes and dislikes on the post Kasautii Top three promos and possibility of upcoming track.