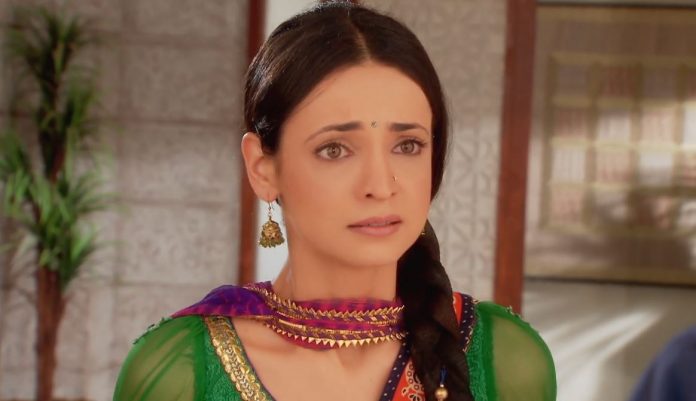 IPKKND Arnav chooses Lavanya Khushi confused Arnav continues to think about Khushi. He thinks why is he thinking so much about her, when he knows that she doesn’t matter to him. The same question arises in Khushi’s mind. She also thinks about Arnav, when she dislikes him and his angry attitude. She doesn’t know what’s happening to her. She tells Payal that they will go back to Lucknow. Anjali finds Arnav lost in thoughts. She asks him what is on his mind.

She doesn’t want him to decide in a rush and then regret later. He tells that Lavanya is the right girl for him, she understands him well and doesn’t pressurize him for marriage. She asks him if he understands what he wants for himself. Payal asks Khushi to ask herself if they should go back. Anjali tells that love just happens, it doesn’t go by any plans, its coincidental. Arnav thinks of Khushi when Anjali defines love.

He questions his heart if he wants Khushi in his life. He doesn’t want to think much. She tells him that he would fall in love one day, that girl will enter his life and he will forget the world. He doesn’t think so.

He tells Anjali that he will stay away from the girl he loves, so that she doesn’t play with his mind. Anjali tells him that he won’t be able to live without his lover. He laughs on hearing this. Khushi speaks to Garima. She gets a huge shock to learn about Shashi’s shop mortgaging. She cries on knowing that they are losing the shop, Shashi is facing a financial crisis. Garima tells that they couldn’t pay money to save the shop.

Khushi, Payal and Bya ji feel bad. Shashi asks Garima to let him manage things and not inform the girls. Khushi tells Payal that they will go home and find some solution. Bua ji consoles the girls. Arnav goes to pick Lavanya from her home. She is much glad to live-in with him. She feels like her dream coming true. She asks him if he loves her. He tells her that he loves her, that’s why he has come to take her home, but he can’t promise marriage. Lavanya reminds him of Khushi unknowingly. He vents anger on Lavanya.

She apologizes to him. Khushi tells Payal that they got saved from a wrong alliance, Shashi would be more troubled if Payal got married to the family asking for dowry. Bua ji asks them to think how to help their parents, by earning money and getting back the shop. She asks Khushi to look for a job in Delhi and make Shashi proud. She wants them to stay back until Shyam comes. Shyam pleases Anjali with his sweet behavior. Anjali is much caring towards him. He gets happy to receive a call from Khushi. He doesn’t want Anjali to know about Khushi. Khushi is confused about going back.

Reviewed Rating for this particular episode IPKKND Arnav chooses Lavanya Khushi confused: 4/5
This rating is solely based on the opinion of the writer. You may post your take on the show in the comment section below.