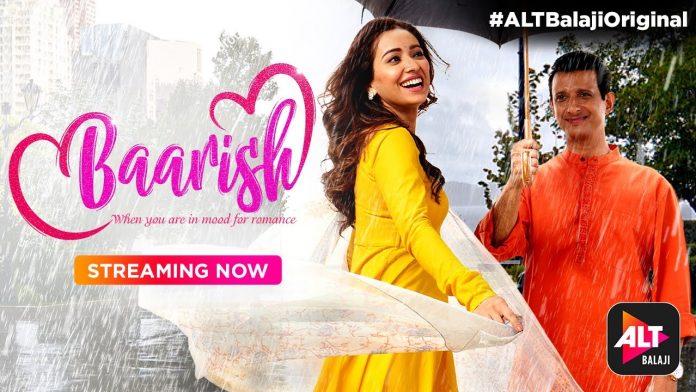 Baarish Episode 16 Unexpected news for Anuj Rakesh comes to help Anuj. He meets Anuj. He misleads Anuj. He tells that someone is jealous of their business and success. He promises to save Anuj from the bad blame. He bails out Anuj. He tells that his release is the thing that matters. Gauravi learns that Rakesh bailed out Anuj. Saurabh thinks everything got sorted. Gauravi doesn’t think its sorted, she has to give an answer to the divorce notice.

Zeenia asks her not to decide in haste. Rakesh tells Anuj that their rivals are feeling challenged because of their success. He asks why did Manit and Gauravi get their office raided. He asks if everything is fine between Gauravi and him. Anuj gets speechless. He wants to keep Gauravi out of their discussions. Rakesh keeps his image clean. Gauravi comes to meet Anuj. Moreover, Rishi meets Phalguni and tells her that he loves her, he is ready to settle down with her. He wants Phalguni to come back to him.

Phalguni tells him that she knows him really well. She refuses to his proposal. Other side, Gauravi tells Anuj that she has signed on the divorce papers. Anuj suspects that Manit informed her about his bail. She gets enough of his suspicion. She makes him realize their relation. She tells him that she wants to know what all things is he going to give her. He tells her that everything belongs to her, she doesn’t need to negotiate, he will give everything to her legally.

She tells him that she wants their marriage picture, since it matters to her. He asks her to move on in life with Manit and make new memories. She asks him not to do any favor on her. She feels that its important for her to get the divorce. Anuj and Gauravi meet in the court for mutual divorce. They are asked to resolve their differences in six months, if they fail to get back together, then they can apply for divorce. Anuj gets updates about Gauravi from Phalguni, who plans to marry him.

Gauravi tells Manit that she will think for her child’s best future. Manit gets sure of his decision. Anuj wants to make his strong standing in the diamond industry. He wants to sink in his work. Manit shares the good news that he is getting married in six months. Anuj thinks Manit and Gauravi have decided to get married. Phalguni tells Anuj that Gauravi wants to spend her life with Manit. Anuj gets depressed. Phalguni tells that Manit and Gauravi are actually preparing for their marriage. She is sure that Gauravi will regret her decision. She praises Anuj, who doesn’t want sorrow to reach Gauravi.

Anuj goes to meet Rakesh and confront him about the smuggling. Rakesh tells Anuj that Manit has lied about the smuggling. Anuj tells that he knows the truth, which he accepted. He wants to remain in the business. He wants a bigger stake. Rakesh tells Anuj that he wants him in the business, he is sorry to cheat him and hide the truth. Anuj gets ready to strike the next deal with Rohit. Rakesh and Anuj meet Rohit to sell the diamonds. Anuj then tricks Rakesh by becoming a police informer. He gets Rakesh caught by the police.

Rakesh asks Anuj about the trap. Anuj tells that police had laid the trap for him. He doesn’t want Rakesh to cheat Rohit or anyone else. Gauravi and Manit meet Anuj and learn his move to outsmart Rakesh. Anuj promises Asmi to fulfill her wishes, even if he isn’t feeling related to Gauravi now. He treats Asmi as his sister. He tells that he makes relations forever, their divorce won’t break his relations with her family. Gauravi wants to tell him that she loves him and can’t live without him.

He doesn’t give her a chance to express her feelings. He thinks that Gauravi would tell him that she loves Manit and planned their marriage. Anuj gets motivated by his little friend Chotu. He feels his story with Gauravi is over. Anuj gets to meet Simran, who tells him that she is marrying Manit. She tells that Gauravi has convinced them to have faith and love. Simran tells that she is marrying Manit after six months. Anuj’s misunderstanding about Manit and Gauravi get clear. Anuj feels his life has got the deserved clarity back.

Reviewed Rating for this particular episode Baarish Episode 16 Unexpected news for Anuj: 3/5
This rating is solely based on the opinion of the writer. You may post your take on the show in the comment section below.