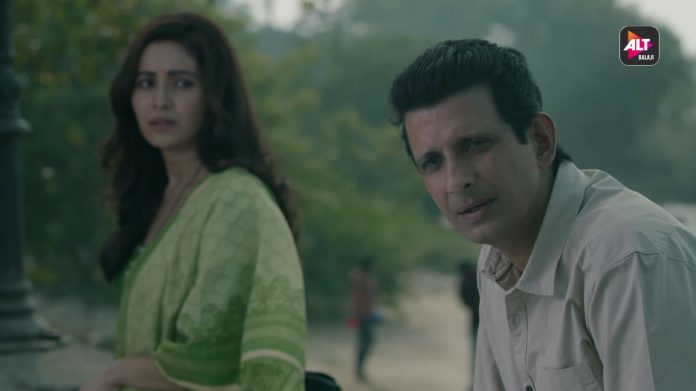 Baarish Episode 18 Jeetendra enters to play a cupid Gauravi promises to look after her baby well, single-handedly. She doesn’t want to give another chance to Anuj. Aniket also promises to be a fatherly figure for her baby. She shares the good news that she got an interview call. Anuj drops Shreya home. Rishi welcomes Anuj home. He apologizes for not supporting him. He wishes Anuj to come back and join the family.

Anuj feels ashamed of his brother, who wants him back for the sake of running the business. He asks Rishi not to try to become his family. He wants Rishi to run his business on his own. He rebukes Rishi. Gauravi meets Jeetendra and gives an interview. He shares his philosophy. He gives her a chance so that she proves her talent. She has faith in herself. Knowing about her pregnancy, he asks her to manage work from home if she wants.

He encourages working mothers. Gauravi bonds with her colleagues. She misses Anuj. Anuj meets his friends, Manit and Saurabh. He tells about Rishi’s offer. He misses Gauravi. He talks of Gauravi and his sweet moments. He is relieved that Gauravi is still with him. He doesn’t want her to leave him. He tells them that he will not let her go. Shreya needs a change in her life. She wants to get away and make a new life. She tells Rishi that she wants to sell her shares to Anuj and have some own business. Anuj meets Gauravi and gets into a Baarish moment. They share a bus ride. He hopes to rekindle his love.

Later, she spots him in her office meeting Jeetendra. She wants to know their connection. Jeetendra asks them their problem. Gauravi realizes that Anuj has recommended her for the job. She wants to resign. Jeetendra tells her that he has given her the job based on her qualifications. He clears that he knows Anuj well, Anuj recommended her, but he has hired her since she is capable. He asks Gauravi to work under Anuj and report to him about the project. He asks her to fulfill the one-month project and then resign if she wants. Jeetendra brings them together. She just wants to keep it professional.

She vents anger on Anuj for following her to her workplace. She tells that she won’t return to him if he does such kiddish things. Anuj shares his life’s ups and downs with Jeetendra, who tells him that a husband should always stay patient. Jeetendra asks him to deal with Gauravi with patience. He is sure that Gauravi will soon get to see his good qualities. Anuj and Gauravi spend time while working. They get stuck in the lift. Anuj takes care of her. Anuj stays as her shadow. Gauravi doesn’t know that he is always there for her, silently. They come closer on the valentines day.

Reviewed Rating for this particular episode Baarish Episode 18 Jeetendra enters to play a cupid: 3/5
This rating is solely based on the opinion of the writer. You may post your take on the show in the comment section below.