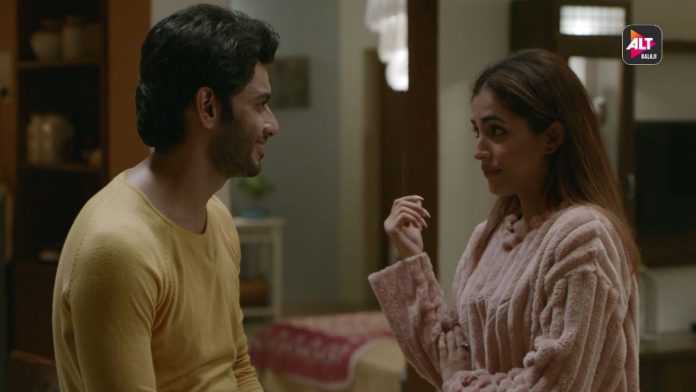 Baarish Season Finale Episode 19 Shreya’s change of heart Rishi cheats Shreya and gets the entire property transferred to him. He tricks her to get the legal papers signed by her. Shreya learns Rishi’s fraud and feels ashamed. She realizes Anuj’s worth and goodness. She wants to end ties with Rishi. Rishi lets Shreya stay in his house. Shreya goes to Anuj to seek help.

Anuj learns about Shreya’s condition, how Rishi cheated her. He doesn’t want to help Shreya. Gauravi comes forward to help Shreya. She asks Anuj to help Shreya, since its really when family cheats. Gauravi wants Anuj to oppose Rishi legally and get the property back. Anuj asks her the reason for concern. Gauravi tells that she is Shreya’s sister-in-law and wants to look after her with all the rights. Anuj feels happy that Gauravi is still talking about their relation. Gauravi takes Shreya home. Shreya meets Aniket and feels sorry.

She is a changed person by now. She shares about Rishi’s huge fraud. Aniket consoles her. He tells her that though their marriage didn’t work out, he is still her friend. He doesn’t want to see her upset and broken. He asks her to find a solution for her problem. She apologizes to him for her rude behavior. Anuj and Gauravi take Shreya to the police station, when Shreya is called for the interrogation in the diamond smuggling case. Anuj clears Shreya’s name, since Rishi is involved in all the illegal things. He asks the inspector to arrest Rishi.

Based on Anuj’s complaint, Rishi gets arrested for dealing with Rakesh. Rishi tries to defend himself. He tells the inspector that he has taken Shreya’s company by fraud, since she was ruining her money. He admits his mistake. Rishi asks Anuj why is he cheating him. Anuj wants him to go to the jail. Rishi reminds him their blood ties. Anuj tells that Rishi has done wrong with him and Shreya as well. Shreya thanks Anuj for all his help. She agrees to give divorce to Aniket, so that he can marry Deepti. She realizes her mistake to judge middle-class people.

She wishes Aniket all the best for his marriage. She wants him to always remain her friend. Anuj takes care of Gauravi. Aniket drops Shreya home. Anuj feels strange that the two marriages which started together is going to end together at the same time. Gauravi thinks to not end her marriage and give another chance to Anuj. Anuj gets a hint of her consideration and turns overjoyed.

Reviewed Rating for this particular episode Baarish Season Finale Episode 19 Shreya’s change of heart: 4/5
This rating is solely based on the opinion of the writer. You may post your take on the show in the comment section below.