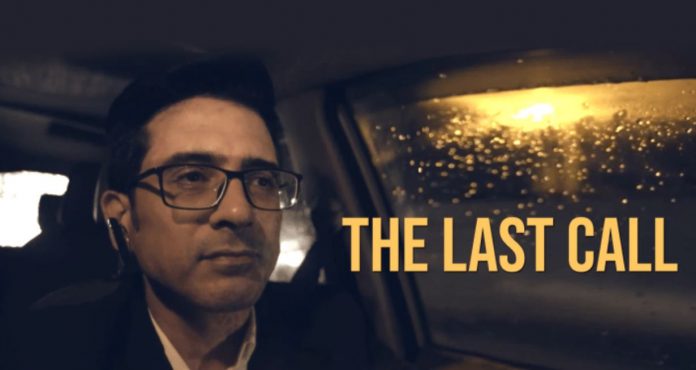 Hotstar Short Thriller Review The Last Call One dark night, in the city of dreams, Mumbai, a young man gets a shocking call from the kidnapper. Aman is returning to the city after five months to meet his wife. Aman gets informed that his wife Pooja has been kidnapped. He can’t believe it at first. The kidnapper asks him to verify the facts.

He keeps Pooja safe and sound. He asks Aman to prove his love for his wife by giving the ransom amount. When he converses with the kidnapper, he comes to a clear point that its really true. He gets to speak to Pooja, who asks him for help. Aman expresses his love for Pooja. He tells that he loves Pooja so much that he can’t even frame his feelings in words. He feels that Pooja defines perfection, he can’t live without her, she is his world. Pooja wants Aman to save her. The kidnapper asks Aman to give one crore rupees if he loves Pooja so much.

Aman tells that Pooja has become a trouble for him. He doesn’t want Pooja to make his life hell. He records the conversation if he gets caught by the police. The kidnapper asks Aman why doesn’t he want to divorce Pooja. Aman tells that her family is powerful and will not spare him if he applies for divorce. The kidnapper asks him to meet his wife for the last time. Aman doesn’t realize and knocks down Pooja by his car.

Pooja gets heartbroken on hearing Aman’s demeaning words. She wanted to surprise him on their anniversary. She didn’t know that he hates her so much that he wants to kill her. She had called him as the kidnapper to know how much he loves her. She was happy to hear him singing her praise. She was equally shocked to know that he has so much hatred for her. She doesn’t want him to feel suffocated. She wants to make him free of her.

She tells that she has come in front of his car just to free him, since she loves him a lot. She tells that she will free him, that too, free of cost. She calls the cops and plays the recording. Aman gets arrested for his motive to kill Pooja. Pooja breathes her last while Aman lands in the jail, having a sad ending to their marriage.

Reviewed Rating – Hotstar Short Thriller Review The Last Call: 3/5 Predictable, but worth watching
This rating is solely based on the opinion of the writer. You may post your take on the show in the comment section below.