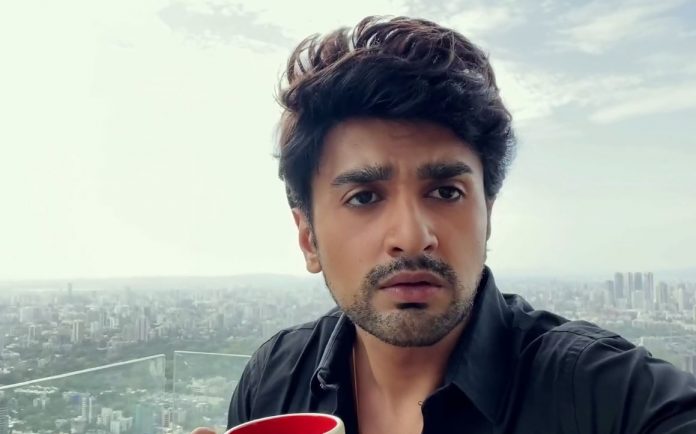 Zee Latest Guddan AJ romantic anniversary surprise Akshat wakes up Guddan and reminds the peaceful sleep gifted by him. He keeps some surprises for her. He asks her to get up and check for his gifts. He wants to hear her love confession. She doesn’t want to fulfill his demand. He tells her that he is miles away from her and wants to hear the golden words once. She tells him that he took much time to confess love to her, which left her much frustrated.

She tells him that since he had troubled her, she will trouble her and make him long for her confession. He doesn’t want her to spoil their beautiful present together. She is regretting that they aren’t together. He tells her that they are still together only if they feel so. He recalls their date and describes their moment. He gets daydreaming. She asks him to continue dreaming, since she can’t be on the video call all day to pass his time. She doesn’t want to tell him ‘’I love you’’ so easily, as he wants.

Akshat keeps troubling her with calls and asks her to consider his request. She feels bored at home. Akshat entertains her by playing dumb charades on the video call. He thinks this is a good way to make her say ‘’I love you’’. She asks him not to be smart. He asks her to state what he shall do. She wants him to wait.

He reminds her how she had planned the date for him and also confessed love. They together reminisce the past. Guddan plans a surprise for their wedding anniversary. He doesn’t remember their anniversary. He is happy to recall his pleasant times with his wife. Guddan makes cute notes and tells Akshat that she had written all the thank you notes for him.

He totally forgets their anniversary and expects her to confess love. She expresses that she hates him, since his bad memory leaves her upset. He wants to know the reason for her anger. She asks him to remember that she has transformed him from a rude man to a dashing person. She wishes him on their anniversary. He feels sorry that he didn’t remember their special day. He apologizes. She wants him to out efforts. He wants to make up for his mistake.