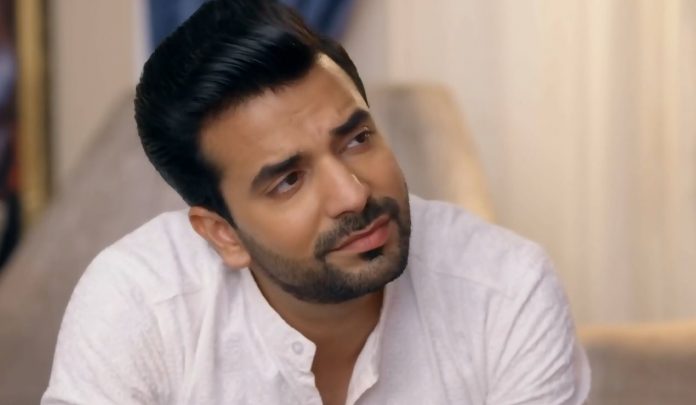 Kundali Bhagya 6th July 2020 Rishabh gets kidnapped Shrishti didn’t wish Mahira to enter Luthra house and ruin them. Preeta also knows that Mahira is dangerous, but she doesn’t want to care if Karan finds Mahira better than her. She remembers that Karan and Luthras have always insulted her. She doesn’t want the same humiliation again. She is sure that Karan will never believe her, Luthras will only support Mahira, who is dear to them. She is blamed for Mahesh’s state. She doesn’t want Luthras to get any other misconception.

She had cleared to Shrishti that she will not get insulted at Luthra mansion. She decides to not go to meet Karan. Karan is in two minds about his marriage with Mahira. Rishabh asks Karan to think of Preeta. He wants Karan to rethink on his decision. Mahira overhears them and is angry on Rishabh, for always instigating Karan against her. She realizes that Rishabh didn’t tell anything to Preeta yet. She wants to make sure that Rishabh doesn’t pose any problems in her marriage. She gets glad to marry Karan. She heads for the pre-marriage functions.

Luthras happily get ahead with Karan and Mahira’s functions. Preeta and Karan miss each other. They shed tears for each other. Preeta realizes how Karan had come in her haldi ceremony just for her. Karan knows that Preeta won’t want him to get married to Mahira, but he doesn’t want Preeta to win, being occupied in his blind ego. He doesn’t want to think of Preeta and her memories. He makes a promise to himself. Preeta promises herself that she won’t think of Karan again. Sarla and Janki feel sad for Preeta, who is crying for Karan.

They wish that Preeta gets her true love. Sarla can sense Preeta’s sorrow behind her smile. She thinks if she can do something for Preeta. She is glad that Preeta decided not to visit Luthras. She wants to stop Shrishti from provoking Preeta. She makes Shrishti engaged in work. Shrishti is worried for Preeta. Preeta feels everything is going wrong. Meanwhile, Rakhi cries for Mahesh. She reminds Mahesh about their first meet when they fell in love. She needs Mahesh in running the big family. Rishabh watches Rakhi in the weak moment.

Rakhi knows that Preeta can never harm Mahesh. She is sure that Preeta loves Mahesh and her like her parents. She wants to know who had pushed Mahesh down the stairs. She asks Mahesh to get back to senses and get his culprit caught. She doesn’t want to forgive the culprit. Rishabh consoles his mum. He tells her that he also believes that Preeta is innocent and the real culprit is someone else. Sherlyn overhears them. She doesn’t know how to stop Rishabh from supporting Preeta. She gets frustrated.

She wanted to trick Rishabh and snatch his property for Prithvi’s sake, but none of her plan worked. She thinks its better to get Rishabh killed. She plans to get Rishabh kidnapped. She thinks Prithvi can help her in her next crime. Prithvi makes an entry. He hates Karan and can’t see him happy. He wants Preeta to marry him. He thinks its time to settle scores with Rishabh first. Sherlyn gives him an opportunity to kidnap Rishabh. Prithvi and Sherlyn aim to ruin Rishabh completely.

Preeta witnesses Rishabh’s kidnapping. She receives a huge shock. She doesn’t see the kidnapper. She doesn’t think she can drive, but gets into a car to follow Rishabh’s car. She feels Mahira’s visit at her house has been a bad omen. She tries to get Shrishti’s help. She recalls her meeting with Mahira and also the confession that Mahira is behind Mahesh’s accident. She thinks if Mahira has got Rishabh kidnapped to frame her once again. Shrishti wanted Preeta to stop Karan and Mahira’s marriage. Preeta thinks she had to stop the wedding, but now she has to first save Rishabh. She holds her self-respect. What will Preeta do now? Will she succeed in saving Rishabh’s life from Prithvi and Sherlyn? Keep reading.