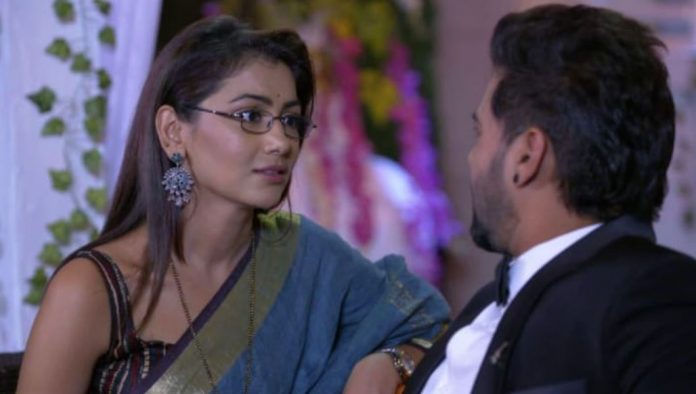 Kumkum Bhagya Zee Special Kutumb Episode 13th July 2020 Pragya, Prachi, Sarita and Shahana chase Maya and finally get to her. They devise a fool proof plan and nab Maya. They fake the fire alarm and get Maya out of her hideout. Ranbir tells Aaliya that Abhi made him run away from the police. She feels Abhi has done wrong and risked Ranbir’s life more. She tags him wrong. Abhi tells that he had to bring Ranbir home. He reveals that Ranbir already signed the confession form and invited troubles.

Vikram and Pallavi ask Abhi the options to save Ranbir. They don’t know if they should send Ranbir away from the city. Abhi wants them to relax. Other side, Pragya scares Maya and tells that they will really kill her as she faked her death. She shows her terrorizing side to Maya. She wants to protect her daughter. She asks Maya to rectify her mistake by freeing Ranbir from the wrong charges.

Meera asks Abhi if they can send Ranbir away by getting a private jet. Abhi asks them not to panic Ranbir. He tells that he would protect Ranbir from the punishment. He thinks to speak to a lawyer. He informs that Ranbir’s case is on fast track in the court. He connects to the lawyer and confesses that he helped Ranbir escape. He tells that Chobey and Dushyant are intentionally framing Ranbir. Laywer tells that even Abhi broke the law, he has to take Ranbir to the police station and wait for him to get the bail papers.

Abhi agrees to take Ranbir with him. Lawyer assures that he will save Ranbir. Prachi confronts Maya’s cheap plans. She is thankful that Sarita has exposed Maya by catching her. Pragya asks Maya about Dushyant. Maya tells them that Dushyant will get them killed on knowing their move. Pragya asks Maya to realize that she has done a crime to frame innocent people in the fake murder. She records Maya’s statement. Maya admits that she wanted to punish Prachi for snatching Ranbir from her. Pragya clears that Ranbir doesn’t love her.

She tells that Ranbir asked his friend Prachi to help him get rid of her. Maya doesn’t believe that Ranbir felt forced. She is upset that he rejected her. Pragya doesn’t want to take risk by calling the police, knowing Dushyant can control the police. She tells that they can take Maya to Ranbir’s house, since this move will help Ranbir for sure. Ranbir feels lucky to get such a protective family. Vikram asks him to better rectify the mistake. He feels Ranbir should have not confessed the crime. Abhi tells that they will not let anything happen to Ranbir. They fear the police. The police comes home.

Malhar and his team arrives to solve the case. They ask Abhi to better hide in some room. Abhi wants to surrender to the police. Aaliya stops him. She asks Abhi and Ranbir to rush and hide. Malhar questions them about Ranbir. Meera lies that Ranbir is in police custody. Malhar asks Aryan not to intervene in his work. He warns Aryan. Malhar asks Kohlis to cooperate with them. Aaliya asks him to show the search warrant first. Malhar produces the warrant and then proceeds with the search. Malhar doesn’t find Ranbir.

Meera tells him that Ranbir will not take the risk by coming home, knowing police would follow. Malhar asks her to not act smart and let him do his work. Abhi asks Ranbir to hide inside the cupboard. They get into a funny situation. Abhi gets caught by Malhar. He tries to mislead Malhar. He tells Malhar that Ranbir isn’t home. Malhar tells that Kalyani is Abhi’s big fan. Abhi tells that he is Malhar’s big fan. Malhar thanks him and wants him to be true.

Abhi also acts smart and misleads the police. He tells Malhar that Ranbir is escaping by boarding a flight. Malhar asks Abhi to stop lying. He arrests Abhi for the crime of helping Ranbir escape. Abhi is happy to get arrested, as far as he can protect Ranbir. Maya threatens everyone of Dushyant. Pragya isn’t scared and asks Maya to come along to Ranbir’s house. Abhi makes a leave from the house until Pragya comes. Pragya learns about his arrest and wants to save him. Abhi thinks why is Prachi’s mom working hard to save him. Pragya wants to help angelic Mr. Mehra, unaware that he is Abhi. Will fate bring Abhi and Pragya together this time? Keep reading.

Reviewed Rating for this particular episode Kumkum Bhagya Zee Special Kutumb Episode 13th July 2020: 5/5 Progressing track
This rating is solely based on the opinion of the writer. You may post your take on the show in the comment section below.