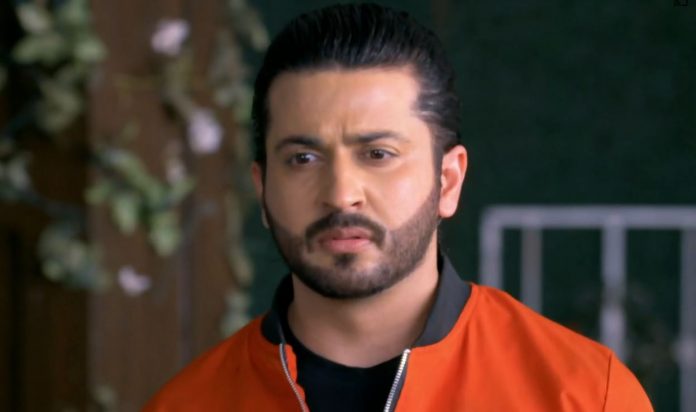 Kundali New Episode 13th July Prithvi attacks Karan Mahira and Sherlyn don’t wait their truth to come out. Sherlyn hides the truth that Rishabh is kidnapped. She stops the family from calling Rishabh. She wants to save Prithvi from getting caught. She goes to alert Prithvi. Sameer looks for Karan and finds him missing from the house. He comes across Mahira and faces her anger. He asks the reason for her upset behavior.

She tells him that she is looking for Karan. Sameer lies to her that Karan is in washroom. He wonders where is Karan. He thinks maybe Karan and Preeta are together. He wants to give the good news to Shrishti. He fails to connect to her. Karan is on the way, rushing to the hotel. He wants to save Rishabh and Preeta. Rishabh gains consciousness and gets to see Preeta captive. He threatens Rana and asks him to leave her free.

Rana tells him that Preeta followed him like a shadow. He tells that he will not spare her. Rishabh turns raging. He learns that Preeta wanted to save his life. Sameer gets the network and calls up Shrishti to tell her that Karan ran out of the house, maybe for Preeta’s sake. Shrishti tells him that Karan has gone to save Rishabh and Preeta, since Rishabh is kidnapped. Sherlyn finds Sameer and Shrishti talking on the video call. Sameer can’t believe the shocker. He asks who has kidnapped Rishabh.

Sherlyn turns alert. Shrishti tells that Preeta saw the kidnapping and went after Rishabh. She wishes Karan saves them. Sherlyn doesn’t want Prithvi to get caught by Karan. Prithvi celebrates the big day, since he is going to turn rich by snatching Rishabh’s property. He plans to threaten Rishabh and get his signatures on the property papers. He knows that Rishabh will give away everything to save his life.

He thinks to reach the place once again to save Preeta and win her heart. He wants a win-win situation. Sherlyn calls Prithvi to inform him about Karan’s move to save Rishabh and Preeta. He asks her to either get him with Luthras’ property or wait to see Rishabh dead. Sherlyn doesn’t want him to ruin Karan and Mahira’s marriage. She fails to alert him of Karan’s arrival. She knows that Karan will get him arrested for the kidnapping. She calls him once again, but he fools she is very foolish. Preeta gains consciousness and finds herself tied. She gets relieved on find Rishabh conscious and fine.

He asks her if she is fine. She knows he has always supported her like family. She owes him a lot. She wants to secure him first. She shouts for help. Rishabh asks Rana not to hurt her. Rana tells Rishabh that his boss is coming to meet them. Preeta tells Rishabh that he is her good friend and she can do anything to save him. Rana stops them from talking. Sameer regrets that he didn’t go with Karan and Rishabh. He blames himself. Rakhi learns that Rishabh got kidnapped and Karan went to save him.

She asks Sameer about her sons. Sherlyn wants to rush to save Prithvi. Mahira comes in her way and stops her. Rakhi informs everyone that Rishabh is kidnapped. This is news for Mahira too. The family panics on knowing that Rishabh is in danger and Karan too left from the house to save his brother. Rakhi faints down. Karan wants to find Rishabh. Prithvi sees Karan and hides from him. He conceals his face by a mask. He goes to attack Karan. Karan gets into a fight when he gets attacked. Prithvi manages to run away. Karan doesn’t want to waste time by running after him.

Prithvi stops him from going to Rishabh and Preeta. He threatens Karan’s life by throwing an explosive. Karan faints down. Prithvi checks if he is dead or alive. Sherlyn fails to leave from the house. She gets busy in taking care of Rakhi. Mahira asks Sherlyn if she knows about Rishabh. She feels Preeta has kidnapped Rishabh to stop Karan’s marriage. Sherlyn doesn’t tell her about Prithvi. Mahira gets angered that Karan left the wedding. Sarla arrives there for Preeta. She asks Sherlyn about Preeta. Sherlyn doesn’t want to tell her about her daughter. She then instigates Sarla against Preeta. Sarla wonders where is Preeta if she didn’t come to meet Karan.

Reviewed Rating for this particular episode Kundali New Episode Special 13th July Prithvi attacks Karan: 5/5
This rating is solely based on the opinion of the writer. You may post your take on the show in the comment section below.