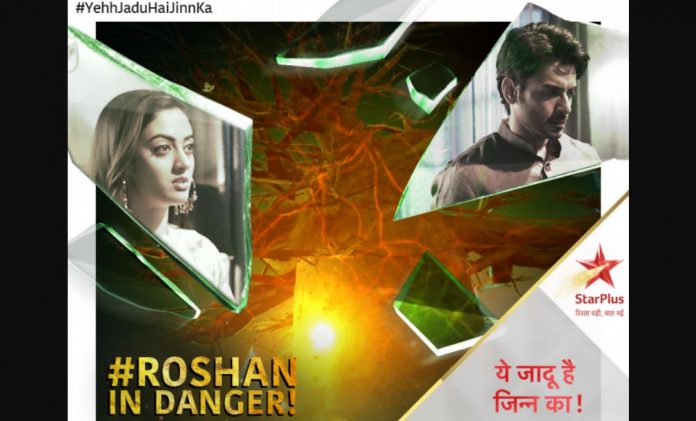 Yeh Jadu Hai Jinn Ka delays fresh airing on Star Plus Yeh Jadu Hai Jinn Ka new episodes are due until the show stocks up a good number of episodes. The shooting has begun some days back. The news around Aman and Roshni’s coming track got revealed. Aman has been saving Roshni from death which comes in different ways every day towards her. He stays alert to protect her. When she dies as per the fate, he brings her back to live by choosing death himself and using the moons gifted by the red moon princess.

Aman chooses to die for Roshni’s life. The story will bring interesting tracks. The viewers will get to see the return of Aman’s Dadi, who will also get possessed and try to attack Roshni. Roshni faces the fatal situation once again when she gets stabbed in her stomach. Aman comes to Roshni’s rescue once again, while the family stays in deep shock. Aman gets helpless to fight with his Dadi and makes her distant from the family. Aman and Roshni’s struggle with the fate goes on.

Taweezi wants Farah and Imran to get a solution for Roshni. She asks them to find the way to cut off the curse on Roshni. Aman will soon learn that Roshni is pregnant. He doesn’t know about her pregnancy and is worried for her life. He will eventually know about his child carried in her womb and double up his powers to save them. The show is still seen being on break due to the Covid-19 situation. The viewers can expect the fresh airing very soon on Hotstar. Keep reading here for more upcoming news on your favorite show. Aman and Roshni will soon return with the magic of their love. Comment below if you really miss the show and awaiting the fresh new episodes.