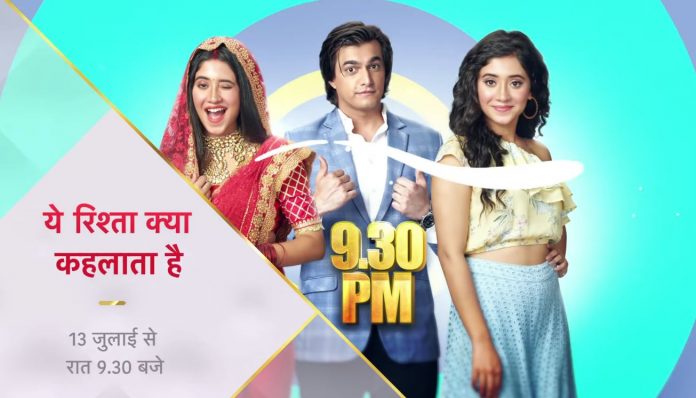 YRKKH Upcoming Star Plus Twists Kartik Naira start afresh In a very romantic and serene moment, Kartik and Naira are seen enjoying their special time together. Naira appears in a cute avatar and converses in a bubbly manner, reminding that the old Naira is back. Kartik is loaded with a burden on his heart. He regrets that he didn’t get to meet his daughter.

He learns that the detective had given him a wrong information and his daughter isn’t alive. He feels really disappointed with the information. He wanted to give the good news to Naira upon confirmation. He feels that Naira didn’t know about his secret search and its really good that her hopes didn’t break. He didn’t share the updates with Naira. He feels that he has suffered both personally and professionally. He tells Naira that the family has gone through a lot in the past months, since the business hasn’t been doing well.

Naira comes up with a strange request, which appears as a mystery till the end of the episode. She asks Kartik to bring her twin sister to Goenka house. Isn’t it puzzling, knowing that Akshara and Naitik had only one daughter. Naira asks Kartik to accept her plea for the sake of the family business, which badly needs help from Sita Choudhary, a big name in the business circle. Kartik doesn’t think its good to cheat anyone, but Naira asks him to remember that they have to think of their family first. Kartik tells her that he will not support her in anything unethical.

Naira thinks everything is fair, until their motives are good. He tells Naira that once her lie gets known, then all their motives will be misunderstood. Naira doesn’t think so. She tells him that she can explain everyone about her idea if he supports her. She struggles to convince her. Kartik is much sorrowful that he failed to get his daughter alive. He thinks to allow Naira in whatever she wishes to do for the sake of her happiness and also for the welfare of his family. Naira explains him that Manish really needs their help, else he won’t be able to sustain the business crisis alone.

Kartik is well aware of the fact. He has already tried to find investors who could fund the Goenka business, but failed to get help. The situation gets worse. The Goenkas have faced a big loss in the business when their big export orders got cancelled due to the Covid lockdown situation. Goenkas didn’t expect their lives to turn into such state. They get bankrupt after facing major financial crisis. Manish feels upset that he is failing to meet expectations of his family, employees and his own self. Akhilesh boosts his confidence by praising him for not being unfair on the hard working employees and taking care of their families.

Manish wants to give financial security to his family. He regrets that he is helpless to mortgage his house, Goenka mansion, which is close to Dadi’s house. Dadi wishes that they don’t face any problem. Dadi asks the family to save her house. Kartik brings a good news of the investor Sita Choudhary, who is ready to invest in Goenka empire only if Sita finds the family a rich-valued and traditional one. Kartik praises Sita amidst the family, who grow curious to know about her.

Kartik reveals her traits, while Naira meets Sita at the temple. Naira gets into a serious tiff with Sita while defending a temple worker. Sita gets Naira’s bad impression on mind and refuses to have business tie-up with Goenkas on learning that Naira is part of Goenka family. Naira then cooks up a lie that the girl whom Sita met at the temple is actually her twin sister Tina. Naira convinces the family to allow her to play dual roles of Naira and Tina.

Reviewed Rating for this particular episode YRKKH Upcoming Star Plus Twists Kartik Naira start afresh 13th July 2020: 5/5 Great start
This rating is solely based on the opinion of the writer. You may post your take on the show in the comment section below.