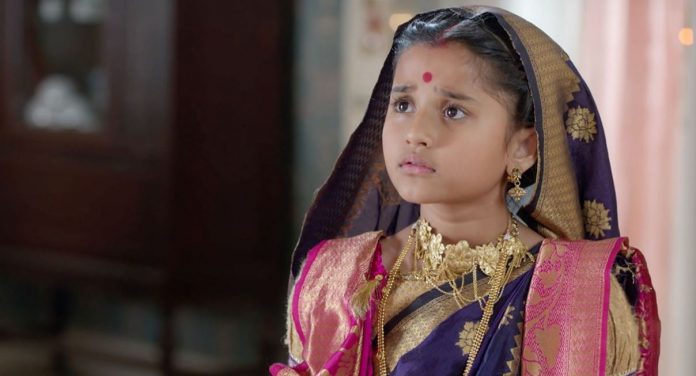 Barister Babu Today Colors 17th July Upcoming twists Anirudh gets ready to break the stereotypes. He wants to take Bondita to a doctor to consult for her problem. He doesn’t care if the city women don’t visit a male doctor for treatment of their illnesses. He doesn’t think that gender biasing is valid when it comes to a medical profession. He gets into a verbal fight with his elders. Trilochan gets confronted for hurting Bondita by his blind beliefs.

Anirudh fumes over Trilochan’s mad remedies. Binoy reminds that Trilochan has raised Anirudh and has total right on him. He asks Anirudh to stay in his limits and not dare to insult Trilochan. Anirudh calms a bit and still argues with Trilochan to make him admit his mistakes. Trilochan accepts that he has done everything to solve Bondita’s problem, so that Mahapandit doesn’t get upset with his family. He doesn’t want to lose the family prestige. He is worried for Bondita, who has suffered a lot because of Trilochan’s remedies.

Trilochan tells Anirudh that he intended to free Bondita from big troubles, and in the way, small troubles don’t matter. Anirudh feels that his family elders don’t have sense to know the difference between right and wrong. He wants them to know that the blind beliefs will not help anyone, but will destroy their nation’s future. Trilochan doesn’t agree. He feels Anirudh has gone mad, ever since she studied abroad.

Anirudh wants justice for Bondita. He wants her to get her freedom and happiness. He learns that she has been tolerating everyone since a long time. He asks Trilochan not to scare her again. He declares that he will take her to the hospital, where she will get free of her illness. Bondita wants to go to her mother’s house. Binoy doesn’t want Anirudh to win his challenge, since he is clear-minded to not accept Bondita as family. He wants to throw out Bondita from the house by defeating Anirudh.

Bondita tells Anirudh that she wants to go to meet her mum. He tells her that he will make her stay comfortable and also heal her wounds, as her mum would do. She likes to see his smile back. He distracts her by a song and makes sure that she doesn’t feel the pain when he does the aid to her wound. They have a moment of friendliness. She wants to know why can’t he stay in his bride’s house, as she is made to live in her husband’s house. He likes her innocent questions. He tells her that very soon he will answer her questions. He is also finding some questions. She doesn’t want to go to the doctor. She hopes Trilochan stops Anirudh.

She feels ashamed to make her problem known to others. Binoy finds a way to stop Anirudh. He shocks Anirudh by asking him to wash the dirty sheets. He tells him that he has to take total responsibility of his wife. He doesn’t want Anirudh to escape after his self-boasting talks. He asks Anirudh to prove that he is a good husband. Anirudh feels upset by the new challenge from his dad. Binoy tells Anirudh that he can take Bondita to the hospital only if he gets done with the laundry work. Anirudh runs away, which makes Binoy think that he has won. Anirudh accepts the challenge and takes the sheets for cleaning. Trilochan feels Anirudh and Bondita will ruin his name.

Reviewed Rating for this particular episode Barister Babu Today Colors 17th July Upcoming twists: 5/5
This rating is solely based on the opinion of the writer. You may post your take on the show in the comment section below.