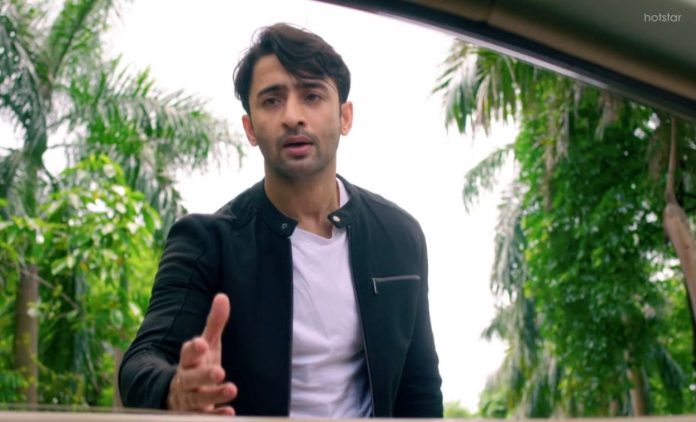 Rishtey Pyaar Murder secret out Mishti reveals it all Mishti unknowingly hurts Varun. She makes an apology to him. She tells that she didn’t intend to hurt him or spoil the function. The family takes care of Varun. Mishti runs away once again, despite Meenakshi’s word to not run away and bring disgrace in front of the guests. Abir gets worried for her and follows her, on learning that she has gone to the police station. He realizes that she has gone to confess her crime. He wants to reach her at the earliest and stop her from making any blunder.

He meets Mishti and finds her confessing that night’s incident. He stops her and covers up the matter by his smartness. He tells the inspector about his little fight with Mishti, which made her too upset that she reached the police station. Inspector doesn’t believe it so soon. She makes Abir confirm that he is speaking the truth and Mishti is really his wife. Abir takes Mishti to his NGO. The family waits for Mishti.

They learn that Abir has taken Mishti to a clinic, since she wasn’t feeling well. Jugnu tells them that Abir has informed him. Meenakshi suspects that something is really wrong with Mishti. Varun jokingly makes her realize that Abir and Mishti are hiding something big from her, and that’s the reason they are not facing her. Meenakshi tells him that Abir loves Mishti a lot and would have taken her for normal checkup. She is much upset on Mishti for taking Abir away from Ketki’s function. She tells Parul that Mishti is really bad to snatch Abir from them.

Varun wants to wait for Abir and Mishti’s return. He knows Ketki wants their presence in the function. Varun’s mum wants to conduct the ceremony in the auspicious time. Varun keeps her request and goes for the engagement. The engagement ceremony happens well. Meenakshi brings out her frustration in front of Abir.

He counsels her once again. She tells him that she is wrong, she has killed someone and then hidden the crime. She wants to be true to the family. Abir tells her that the consequences are bad, he may lose her, he can’t live without her, the punishment will not be served to her alone. He makes her realize that she didn’t do any crime, but it was just a case of self-defense. Mishti recalls the night when she had a fight with Abir and then searched for him. Abir was also looking for her after Kunal sends him back to her.

Mishti gets troubled when an eve-teaser finds her lonely and tries to take advantage of her, discarding her several warnings. Mishti warns the guy to stay away. She fights with him to defend her respect. The guy doesn’t listen and insults her further. Mishti’s struggle results in his death. She hits a stone on his head. Since he was already too drunk, he faints down and later dies. Abir reaches her and finds the guy dead. He learns about the guy’s move to molest her. He doesn’t think she has done anything wrong.

He takes Mishti with him before the police arrives. The police reaches there and finds him dead. Abir tells Mishti that she had taken the step to save her life, which isn’t wrong. She wants him to let her confess to the police. He explains her that he can’t lose her forever, the police won’t believe her case without any evidence. He feels maybe the family will also judge her. He doesn’t want problems for them. He asks Mishti to imagine him getting a death sentence. He scares her for his life and well-being to stop her guilt. He wants her to lead a normal life, after all the guy died by alcohol overdose and his own sins.

He makes a promise to become her shadow and always protect her. She feels lucky to have him. She wants to listen to him and returns home. Varun learns about Kuhu and Mishti’s regular fights. He tells Ketki about his lovely bonding with his brother. He misses his brother, whom he lost few months back. Ketki tells that Abir and Kunal also have such strong bonding. Meenakshi doesn’t want Mishti to win in her aim in taking Abir away. She finds Abir bringing Mishti home. She controls her anger and accepts Mishti’s apology for Abir’s sake. Varun wants to get his brother’s culprits punished. He will target Abir and Mishti.

Reviewed Rating for this particular episode Rishtey Pyaar Murder secret out Mishti reveals it all: 5/5
This rating is solely based on the opinion of the writer. You may post your take on the show in the comment section below.