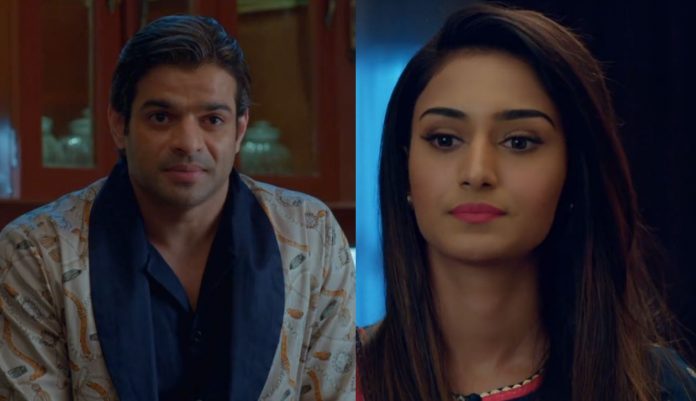 Kasautii Zindagii Bajaj love confession for Prerna 18th July 2020 Anurag shares his feelings with Sid. He tells Sid that he is happy for Prerna, who finally won over him. He tells that he is happy to lose to her, since she is his love, her happiness matters the most to her. He tells him that his love story couldn’t complete, but he isn’t upset, since Prerna’s smile makes it up for her. Anurag tells that Prerna will always remain in his heart, even if he gets destroyed by her hands, he will still not get sad.

Prerna tells Shivani that she is happy to see Anurag in pain. Shivani asks her if she really hates Anurag. She doesn’t think hatred can end the love for Anurag in Prerna’s heart. She feels that Prerna can’t achieve her happiness by giving the pain to the person she loves. Prerna wants to destroy Anurag completely to make him realize his mistake. Komolika waits Anurag’s return to know about the land deal.

Mr. Bajaj arrives in Kolkata and goes to meet Komolika once, just to give her a warning. He tells her that she shouldn’t bother Prerna because of her frustration and insecurity. She tells that his intelligence has ended because of his love. He warns her against troubling Prerna. He tells her that he is going to celebrate Prerna’s success. She wonders what has Prerna achieved. She wants to know it from Anurag. Anurag and Prerna have a common connection through the rains. They recall each other and have a moment of longing.

Anurag loves her, and she hates him. Still she gets the same feelings of love for him. Anurag wishes to be with her and share the same moment once again, but knows that its not possible. He tells Sid that Prerna has taught him many things in his life, deriving happiness from little moments and living life to the fullest. He wishes she was with him forever.

Prerna doesn’t have anything good to speak about him, having recalled the moment when he broke her trust and tried to end her life. Mr. Bajaj reaches Prerna and falls in love with her once again, on watching her enjoy the rains. He joins her and expresses his feelings, which are never-ending. Prerna gets uncomfortable with his confession. She asks him what did he mean. He comforts her by his witty side. He still admits that she means a world to him, he can’t stay away from his world, he really loves her and would always do, limiting his feelings. He tells that he has much control on his feelings, which would never draw her awkward. Prerna doesn’t have any feelings for him. That’s the reason that he loves her even more.

He finds a strong woman in her and wants her to achieve the best in life. Anurag returns home in a drunken state. Sid drops him and takes a leave. Komolika tries to know about the land permissions, but Anurag avoids her. He rushes for a meeting and takes along Kaushik. Kuki enjoys her time with Veena and others. She wants to spend time with Mr. Bajaj, who doesn’t seem to pay her any attention. Kuki turns upset. He tells Sharmas that Prerna’s success and the celebration party will be upsetting for someone. Komolika learns the news of Prerna’s Bajaj city plan. She gets raged up and feels its her big defeat.

Reviewed Rating for this particular episode Kasautii Zindagii Bajaj love confession for Prerna 18th July 2020: 4/5
This rating is solely based on the opinion of the writer. You may post your take on the show in the comment section below.