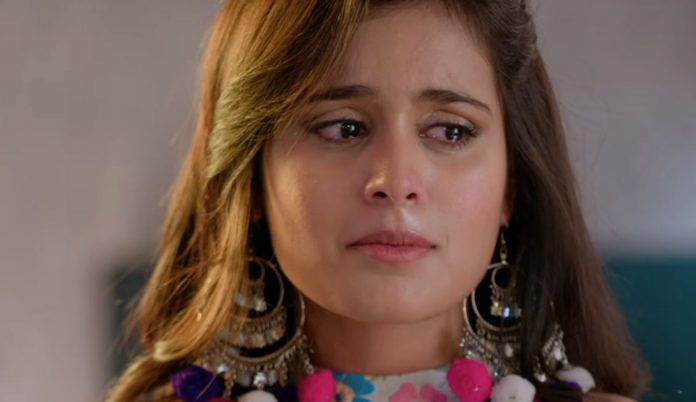 Rishtey Pyaar Varun triggers Mishti’s fear 18th July 2020 Abir and Mishti begin a new life afresh and try to be positive. Abir tries to find about her depression and trauma. He knows that she has been affected by the guy’s murder, which happened in self-defense. He wants her to realize that if she didn’t take that step, then the guy would have taken her life. He doesn’t think she has done wrong or should feel guilty. He thinks to motivate her.

He realizes that he should remind Mishti about their golden days, when they stayed happy together, much in love and peace. He wants Mishti to recall their togetherness, which would surely help her in forgetting the bad memories. He plans a surprise for Mishti. He dresses up like she used to dress up in Jugnu’s costume. He tells her that he wants to remind her every moment of their love journey. Abir and Mishti spend some good time together, watching their love journey on the large screen. She feels glad to have him.

On the other hand, Kuhu misses Kunal and wishes that he was with her at the time when Abir fought with her. She knows that Kunal would have handled Abir well, since their bonding is really strong. Meenakshi meets Kuhu and makes a request. She wants Kuhu to dig into Mishti’s past. She asks Kuhu to find out if Mishti has done something or is affected by something, which they aren’t aware of. Kuhu doesn’t think she can do it.

Meenakshi asks her to choose if she wants to lose and become Parul, or wants to win and become Meenakshi Rajvansh, a powerful lady. She wants Kuhu to make a plan and find out the truth for the sake of keeping the family together. Kuhu gets affected by her talks. She realizes that she should find out the truth and help Meenakshi, after all its for family. She doesn’t want to see herself in Parul’s place. Meenakshi succeeds to get Kuhu in her team again. Kuhu spies on Abir and Mishti. She gets to hear about their secret.

She wonders what is Abir saying. She thinks if Mishti is hiding a dark secret. She wants to inform Meenakshi about her finding, but wants to gain evidence first. She meets Meenakshi and tells her about Abir hiding Mishti’s secret. She doesn’t think she can find anything more, since Abir is keeping Mishti away. Meenakshi asks her to get close to Mishti like sisters stay. She tells that she has been kind towards Parul and made a good bond with her to control her, so that the world never knows their truth. She asks Kuhu to just pretend to love Mishti, if she really can’t stand her. Kuhu understands Meenakshi’s plan.

She wants to know Mishti’s secret some how. Mishti decides to find the guy’s family, so that she can lessen her guilt by apologizing for their loss. Abir worries on learning her new goal. He tells her that she doesn’t need to apologize. She wants to do it for her peace. He tells her that he will find the guy’s family, and then decide if she should meet them. She wants to achieve peace. He tells her that he will always be with her, she doesn’t need to regard herself a criminal, she hasn’t done anything wrong. She feels lucky to have Abir. She tells that she has seen him looking for help for her condition.

He makes her promise that she will move on and stay happy. Mishti promises to be the old Mishti for him. Rajvansh family plans Ketki’s Sangeet and gets busy in the rehearsals. They get celebrating after a long time. Meenakshi divides the work for everyone. She asks Kuhu and Mishti to decide Ketki’s bridal attire and jewellery. She brings them together so that Kuhu can keep a watch on Mishti. Kuhu agrees with Mishti. Varun meets Mishti again and instigates her fears by reminding her of the murder. Mishti loses control on her emotions. Abir gets a note from an unknown person, who knows Mishti’s secret.

Reviewed Rating for this particular episode Rishtey Pyaar Varun triggers Mishti’s fear 18th July 2020: 4/5
This rating is solely based on the opinion of the writer. You may post your take on the show in the comment section below.