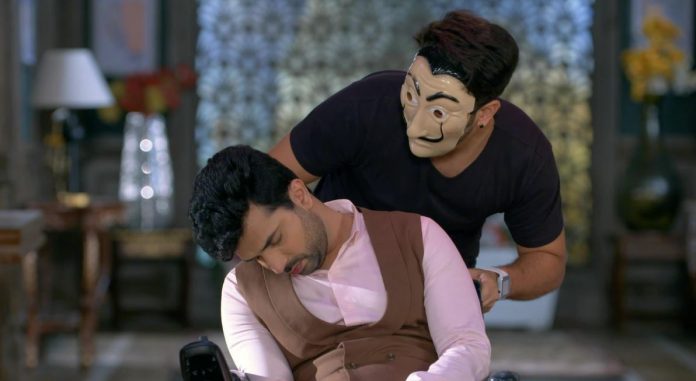 Watch Zee Upcoming Trailers Kumkum and Kundali Bhagya Pragya and Abhi fail to meet once again, when he goes to park his car outside. Pragya regrets that she missed to meet him again. Abhi thinks to call her up and thank her. Meanwhile, Prachi finds a way to stop Maya and Ranbir’s marriage talks for once and all. Pallavi strangely declares that Ranbir will be marrying Maya, who has proved her loyalty for him by going against her family. Chobey and his family also promise Maya that they will get her married to Ranbir.

Ranbir is determined to marry Prachi. Maya is glad that she will be marrying Ranbir, her love. Prachi recalls Maya’s words that Maya was in love with Rahul and got ditched. She asks Aryan to follow Rahul and keep an eye on him. Aryan doesn’t know who is Rahul and asks the reason. He gets confused by Prachi’s plan. Prachi tells him that its a love triangle, she will tell him everything later on. She asks him to just follow Rahul and not miss him at any cost.

She tells that he will soon understand what she is meaning to say. Aryan thinks to do so to know her plan. He follows Rahul. Prachi tells him that Rahul is Maya’s ex-boyfriend. She feels Maya should marry Rahul, her first love. Will Prachi be able to unite Maya and Rahul? Keep reading.

Preeta informs Shrishti about Karan’s suspicion on Prithvi. She wants to rest her doubts. She calls up Prithvi to verify his location. Prithvi doesn’t answer her call, being busy in shifting Rishabh from the hotel to some other place. When he fails to pick up her call, she gets more doubtful. Prithvi gets to see them and learns that she is calling them to know the truth. He rushes away from Preeta’s sight. Preeta tells that Karan has hugely accused Prithvi, that he is the masked man.

On the other side, Mahira meets Sherlyn and wants to know the matter. She asks Sherlyn why is she at the hotel, if she has come to save Rishabh. She asks if she knows the kidnapper. She doesn’t want Sherlyn to keep any secret from her. She wants Sherlyn to be honest to her. Sherlyn confesses the truth that the person that everyone is accusing as the kidnapper is her lover. She tells that she loves the man who is behind Rishabh’s kidnapping. Mahira is much shocked knowing Sherlyn has planned her husband’s kidnapping. Mahira doesn’t know how to react on this. She asks Sherlyn to promise that there won’t be any problem in Karan and her marriage. She just wants to marry Karan, no matter where the world heads.

Ahead in the promos of the top 2 shows of Zee TV, Pragya feels that none has snatch anyone’s Kumkum from her fate. She encourages Prachi. Ranbir dreams of Prachi and wishes to marry her.

In Kundali Bhagya promo below, Preeta tells Karan that she doesn’t care about him and his marriage. Karan asks her to then prove it, by attending his marriage. He drags Preeta with him to the marriage mandap.