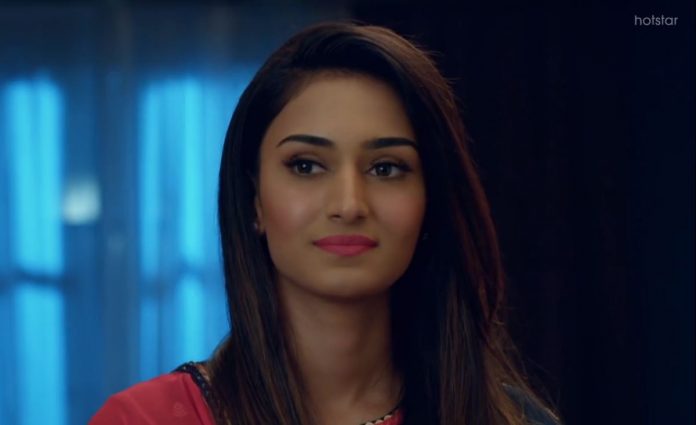 Kasautii Mohini supports Nivedita’s madness 21st July 2020 Mohini and Nivedita try to stay in Komolika’s good books and compliment her party look. Even then, Komolika blasts her anger on them. Komolika knows that they hate her a lot. She asks Nivedita to speak out her frustration on her face. She tells them that she knows the fact that they are helpless to agree to her commands, but they curse her behind the back. Nivedita fails to show courage. She still praises Komolika to keep her happy. Prerna finds them quarreling.

She welcomes the trio in the party. Komolika tries to degrade Prerna, who is least bothered about her. Prerna awaits Anurag to exact her revenge. Prerna and Mr. Bajaj make a plan to show Anurag’s evil face to the world. Prerna wants Anurag to feel guilty and regret about his misdeeds. Bajaj pays much respect to Veena, and leaves her surprised. Veena feels he is a real humble man with true speech. She turns happy for Prerna, that she found the perfect life partner.

Mohini gets jealous to see this. She goes to taunt Veena about Prerna getting richer because of her marriage. Veena doesn’t fail to answer her back on her children. She reminds Mohini that she isn’t staff member’s wife now, she is also rich, being Bajaj’s mother-in-law. She shows Bajaj’s money, power and influence. Mohini gets troubled and hides the argument from Nivedita. Prerna tells Bajaj that she is waiting for Anurag. He wants the slideshow to be ready to shock Anurag. Anurag makes up his mind to avoid the party and let Prerna enjoy her success in peace.

He stays back with a friend and shares his heart out. Komolika wants him to come and bear the humiliation, after committing the big mistake of helping Prerna in acquiring the land permissions. Prerna and Komolika’s tiff goes on. Prerna gets emotional on seeing Anurag’s picture. Komolika wonders if Prerna and Anurag’s love will rekindle and they will get back. She thinks Prerna is loyal to Bajaj and will always be. She wishes that Anurag is always of her. Komolika demeans Nivedita again. Mohini and Nivedita feel punished when Komolika insults them. Mohini tells her that this would have not happened if Nivedita got married to a rich man. Nivedita doesn’t think its too late.

She thinks to marry Mr. Bajaj, and get richer like Prerna. She tells her plans to woo Mr. Bajaj and get Prerna out of his life. Mohini doesn’t think he would leave Prerna for Nivedita. Nivedita sounds confident to own his life very soon by using her beauty and charm. Mohini asks her to start her plan soon. She is ready to help her daughter in achieving Mr. Bajaj’s richness. Komolika learns their planning. She doesn’t think Nivedita can be successful in her plans. Prerna realizes that Anurag won’t be coming in the party. She cuts the cake with Mr. Bajaj.

Reviewed Rating for this particular episode Kasautii Mohini supports Nivedita’s madness 21st July 2020: 2/5
This rating is solely based on the opinion of the writer. You may post your take on the show in the comment section below.