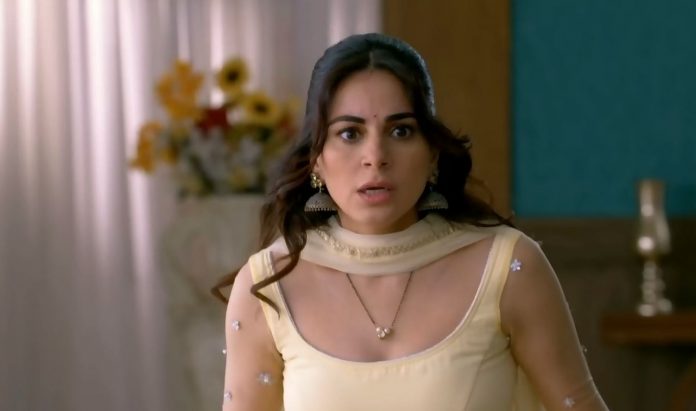 Kundali Bhagya Latest today Preview 21st July 2020 Karan and Preeta have an argument. He claims that Prithvi is the kidnapper. She doesn’t think so. She tells that she will prove it and save Rishabh as well. He asks her to prove Prithvi’s innocence, but leave the task of saving Rishabh to him. He makes a team with Mahira and Sameer. Shrishti and Preeta rush to find out Rishabh. Prithvi hides from Rakhi and Kareena. They try to get his help in finding Rishabh and Karan. He tells that he doesn’t know Karan. He doesn’t show his face to them. He hides behind the newspaper. They find him a strange man.

He lies to them and gets rid of them. He boasts of himself for always present his cunning mind in the tough situation. Preeta tells Shrishti that they will find the kidnapper and his boss, they will expose the truth. Rana asks Prithvi to come outside fast, the car is ready. Prithvi takes Rishabh with him. Rakhi and Kareena meet Mahira, Preeta and Shrishti. Rakhi thanks Preeta for giving them a lead about Rishabh. She asks about Rishabh.

He thinks his room will be safe. He takes Rishabh back. Preeta tell that they can find the kidnappers. He worries seeing the Luthras and Aroras teaming up. He forgives Preeta for creating troubles for him. He doesn’t want to get caught. He thinks to leave. Rakhi and Kareena meet Karan. Karan worries for their coming. Sherlyn tells Mahira that her boyfriend is smart, he will never get caught. She isn’t stressed anymore. Karan asks the inspector to find Rishabh. Inspector tells Karan that Preeta’s plan was right, the kidnapper is hiding inside the hotel.

She tells him that Luthras and Aroras are finding him, Preeta is coming to the room to find him. Prithvi doesn’t know why is Preeta after him. He tells that he can’t leave the room. He wants to save himself first. He leaves Rishabh free. He then thinks to take Rishabh along since he wants the property papers signed.

He doesn’t want his hardwork to go waste. He wears the mask. He gets spotted by Preeta and Shrishti. He runs away with Rishabh. Rakhi asks him to stop and free her son. Sherlyn comes up with a drama to save him. She acts hurt to get Rakhi’s help. Prithvi understands Sherlyn’s sign and makes a quick leave. Preeta asks Rakhi to see Sherlyn. Preeta and Shrishti run after the kidnapper. Sherlyn doesn’t want Preeta to win by exposing Prithvi’s evil truth. She can’t let this happen. Preeta stops Prithvi and shouts at him. Karan hears her scream and runs to see her. Preeta throws a vase to hit the kidnapper. Prithvi makes a man and makes her fall down. He feels sorry to hurt her.

Reviewed Rating for this particular episode Kundali Bhagya Latest today Preview 21st July 2020: 4/5
This rating is solely based on the opinion of the writer. You may post your take on the show in the comment section below.