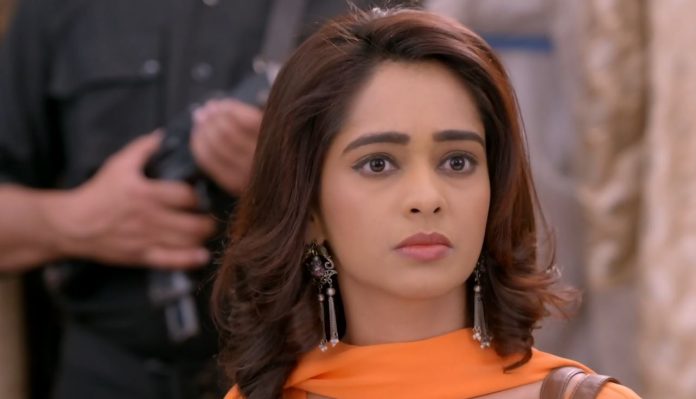 Kumkum Bhagya 23rd July 2020 Prachi’s cunning plan Prachi scolds Chobey for framing Kohlis in a fake blame. Maya warns Prachi to speak to her dad well with respect. Prachi tells her that her dad was hurting Kohlis. He threatens Ranbir, Prachi and Kohlis. He tells that he has sent Roshni to jail, since she had hurt Maya, he didn’t slap or hurt Roshni himself, but got her punished by sending her to the mental asylum.

He tells that he doesn’t spare anyone whom he dislikes. He wants his wife to explain them that Prachi will be punished if she comes in Maya’s way. He leaves them after much threatening. Pallavi and Kohlis clarify that they didn’t ask for dowry. Maya’s mum tells them that she knows they didn’t ask for dowry, Chobey’s mood was really bad and he vented anger on them. She apologizes to them on his behalf. Dida signs Ranbir and Prachi. Maya’s mum is worried that Prachi may fall in trouble. Ranbir tells Prachi that Dida liked her move.

She tries to make Maya realize that she should spend her life with her love Rahul, who is perfect for her. Maya misses Rahul in her life. She recalls her past with Rahul. Prachi asks her if she will accept Rahul if he returns, if she loves Rahul so much. She asks why did Prachi cheat her. Maya tells that Rahul didn’t cheat her, he came back to her because he loves her. She adds that he left her one day for no reason, maybe he has hidden something. Prachi asks her about Rahul’s likes and dislikes.

Ranbir hides and overhears their conversation. Maya doesn’t want to accept her feelings. Prachi instigates her and makes her accept that she loves Rahul. Ranbir asks Prachi how will they find Rahul and know if he also loves Maya. She tells that she has sent Aryan to find Rahul. She thinks to meet Rahul and convince him to marry Maya. Aryan follows Rahul. Rahul catches him and asks the reason for following him. Aryan tries to trick him. Rahul tells him that he isn’t any famous person. He thinks Aryan is lying.

Aryan doesn’t stop fooling him. Rahul thinks he is totally crazy. Aryan calls Prachi and tells that he got Rahul’s address, he is outside the house. Prachi feels proud of him. She tells Ranbir that they will be going to meet Rahul. She asks him to pick her from home. They argue to prove who is the smartest between them.

Reviewed Rating for this particular episode Kumkum Bhagya 23rd July 2020 Prachi’s cunning plan: 4/5
This rating is solely based on the opinion of the writer. You may post your take on the show in the comment section below.