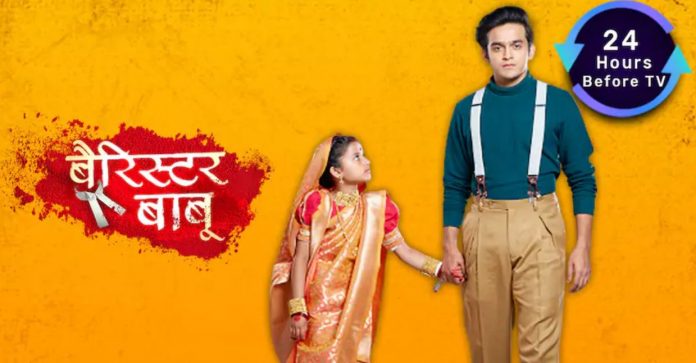 She thinks its a test to prove her grip on Anirudh’s life. She rushes back to convince Anirudh before Bondita does. Bondita gets scared of Anirudh’s anger and heads to the temple area. She pours her heart out. Saudamini gets angry when Anirudh doesn’t listen to her. She also tries to emotionally blackmail him. She sheds tears to melt his heart. She tells him that she has done a lot to help Bondita, she is doing a friend’s duty, he should listen to her and get his wound treated.

He feels she doesn’t understand him and is just concerned for his wound than his goal. Bondita finds a solution when she spots some haldi in the pot. Trilochan asks her to go to Anirudh and do the aid soon. She tells him that she has found a way to treat Anirudh, but she needs his help. He is ready to do anything for Anirudh’s welfare. They both play a drama and argue a lot. Trilochan shouts on her, while she makes him fed up by her non-stop arguments.

She doesn’t lose to Trilochan. Anirudh gets to hear their fight. He wants to know why is Trilochan scolding her again. He ignores Saudamini and goes to Bondita. Saudamini follows him. Bondita does a drama that her hand got stuck in the pot. Trilochan and Bondita’s argument is super funny to make the scene enjoyable. Anirudh asks Bondita to let him help her. Trilochan asks him to handle this wife. Anirudh goes to help her stuck hand. She throws the haldi on his wound. She does the aid and pleases Trilochan.

Trilochan finds her handling Anirudh’s temper well. He feels she is the girl who can handle Anirudh, she will prove to be the best life partner for him, none could convince Anirudh for the aid, but she has done it. He praises Bondita heartily. He feels Bondita is really innocent, she is the right girl to become his Bahu. He wants Binoy to agree with Anirudh’s choice. Binoy doesn’t like Bondita at all.

Later on, Trilochan gets surprised when Mahapandit arrives home before time. He asks Bondita to treat Mahapandit well and not argue. He tells that no mistake will be forgiven, Mahapandit shouldn’t know about her problem. Mahapandit tells him that he has seen Anirudh at the clinic and wants to know the reason for taking Bondita there. He suspects that Trilochan is hiding some big issue. Trilochan asks Bondita not to tell about her problem, else they will lose the chance of the Mahapuja. He fears to lose his reputation. He leaves everything in Bondita’s hand. He asks her to save his respect this time.

She gets in a fix when Mahapandit questions her about her illness and makes her swear on her mother, whom she loves the most. He tells her that she shall just speak the truth. Bondita is a fix and wishes that Anirudh comes to help her. She fails to tell the truth and also fails to tell any lie.

Reviewed Rating for this particular episode Barrister Babu Colors Before TV Preview 23rd July 2020: 5/5
This rating is solely based on the opinion of the writer. You may post your take on the show in the comment section below. 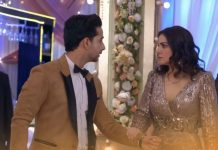