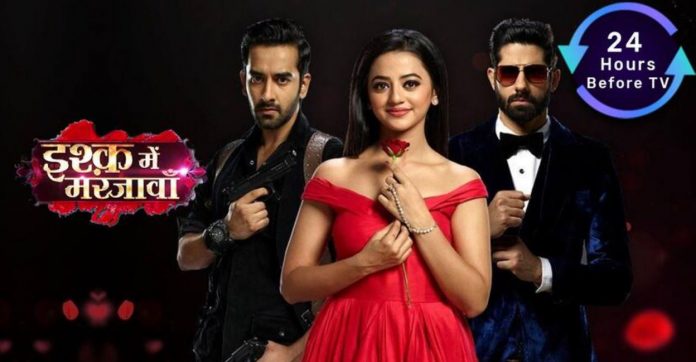 Ishq Mein Marjawa Promo Riddhima Kabir badly caught Vansh feels something isn’t right in his house. He knows that Riddhima was hiding something and lied to him. He figures out the truth. He asks Andre to search the garden if he can find something related to Riddhima. He gets the transmitter and confronts Riddhima about it. When she lies about the transmitter, Vansh goes mad in anger. He very well knows that its a transmitter, not any normal make up box. He asks her why did she lie to him. She tells him that she doesn’t know about it, it doesn’t belong to her.

Vansh tells her that her truth will come out the moment she connects with the other person on the transmitter line. She tells them that she has no idea about it. Vansh connects the line and wants to know the other person. He gets to hear Kabir’s voice. Riddhima wishes that Vansh doesn’t identify Kabir. Kabir calls out Riddhima again and again to ask her what’s going on there. He doesn’t know that Vansh has got the transmitter. He asks Riddhima to update him. Vansh loses his cool on hearing Kabir and realizes that Riddhima is just another deceiving agent sent by Kabir. He angrily throws the transmitter away and stares at Riddhima.

He decides to punish her. Riddhima’s prayers go in vain. She thinks she had come to Vansh’s house to get him arrested by the cops, but the situation is such that she is asked to perform the prayers for his long life. Dadi and Siya support her like before. Vansh tells them that he will not spare Riddhima if she is proved at fault. What will Riddhima do on being caught by Vansh? Keep reading.