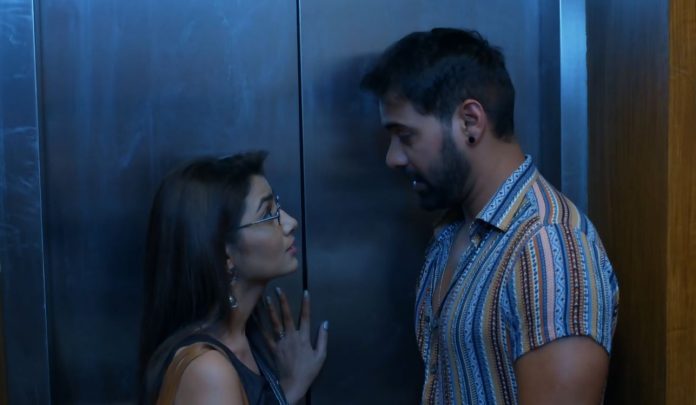 Kumkum Bhagya 30th July Upcoming Promo Update twists Dushyant and Chobey want Ranbir to respect them from heart. Chobey asks Ranbir to respect Dushyant more than him. Dushyant wants Ranbir to keep Maya happy and respect her love. He requests Ranbir not to step back. Ranbir gets speechless. Dushyant tells him that he can’t see Maya in tears. He threatens Ranbir. Aryan wants Ranbir to come fast. Meera feels Prachi wants to break Ranbir and Maya’s marriage, and indirectly helping Rhea too. She is happy the way Prachi is supporting Ranbir.

She asks why does she like Ranbir. Prachi tells that Ranbir is just a friend. She tells that Ranbir always cares for others and is selfless. Meera tells that maybe Ranbir becomes her life partner. Prachi avoids the talk. She gets shy. Meera thinks Prachi didn’t reply, she may not love Ranbir, Rhea loves Ranbir and can marry him.

On the other side, Abhi tells Pragya that he feels that they were always together, like she never went away from him. He tells that he is happy that she is with him. He thanks her for ending his fears and also giving him utmost happiness. She tells that she has come in his life to solve his problems. He asks why did she leave then. He makes a confession that he is scared of lifts and darkness. Pragya knows it well.

He tells her that he missed her a lot. He is thankful that the lift got stuck and brought them together. They like the lift for giving them some privacy. The technician tells the manager that the lift should be repaired, its not valuable than someone’s life, hotel will have to give compensation if someone dies. Manager tells that he can’t handle the losses. The technician asks him to get a new lift. He checks the lift machine. He tells that lift will not stop if they start it once, they have to vacate the lift first. Chobey scolds Rahul. He tells Dushyant that Bunty Singh gave Maya’s favorite lahenga to someone else.

Ranbir gets relieved that Chobey doesn’t know Rahul. He lies to them that the guy is his friend Rohan, not any Bunty Singh. Dushyant asks him to clear the misunderstanding. Rahul tells that he is Rohan Chadda. Ranbir and his friends call him Rohan and save him. Chobey feels he has still seen that guy before.

Dushyant feels Ranbir isn’t happy after agreeing to the marriage. He asks Chobey to focus on the marriage. He wants him to hire the shooter. Dida praises Maya and tries to fool her mum. She tells that Maya said she loves her mum a lot, she told about her personal life as well. Maya’s mum asks her if Maya told anything wrong. Dida tells that Maya can’t be wrong. Dida flatters a lot. Pallavi comes there for the act.

She fights with Dida as per their plan. Abhi wishes that they always stay together, they make a new start and live with their daughters. He wants to make new memories. He tells that he will talk to their daughters and make them understand. He asks their daughter’s name. Their lives fall in danger when the lift falls down. They shout for help.

Reviewed Rating for this particular episode Kumkum Bhagya 30th July Upcoming Promo Update twists: 4/5
This rating is solely based on the opinion of the writer. You may post your take on the show in the comment section below.