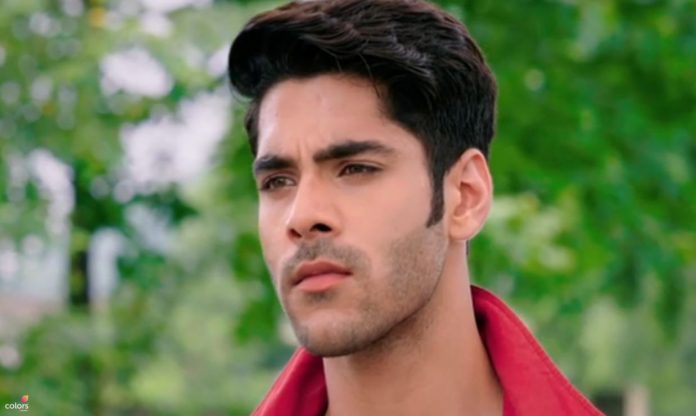 Shakti Challenge for Virat 31st July 2020 Preview Virat wants his parents to explain Jharna to go home, its already late. Jharna tells them that she came to meet him out of concern, but he is making her leave. She tells that its so unfair with her. Virat tells that its too late. Sant asks Virat to drop Jharna home and they can talk on the way as well. Virat agrees to him. Sant wants to make Jharna his Bahu.

He recalls meeting Jharna and her dad to get Virat’s alliance fixed again. Jharna’s dad left the decision on her. Sant asked Jharna to handle Virat once. He guarantees her happiness. Jharna guarantees to keep Heer away from Virat. She tells Sant that she will handle Virat well. Sant asks her to become his Bahu very soon. Jharna goes home with Virat. Parmeet is also happy with Jharna. Gurinder lies to the family about Daljeet’s weakness.

She shows the fake medical reports. She tells the family that she has the weakness, she can’t conceive a child. The family gets shocked to know her weakness. Gurinder tells that the treatment will take few years. She bears their taunts. Daljeet supports Gurinder since she has taken his blame on her. He tells that he will get her treatment done. Parmeet tells that she will get Daljeet remarried to get a heir.

Daljeet finds an easy escape by putting the blame on her. He tests her love. She proves her love by being obedient to him. He tells that he will be a good husband for her from now. He jokes and then shocks her saying he is going to leave her. Gurinder gets sorrowful. Virat and Heer work for the NGO. Heer and her brothers work hard. The college mates bring Virat and Heer to a classroom, decorated for them to make them patch up. They put Virat and Heer’s pictures. They want them to sort their differences. Virat gets angered when his friends don’t listen to him.

Heer tells them that they will open the door in some time, their trick won’t help. She tears the photos. She doesn’t think the photos mean anything. She gets hurt by a nail. Virat gets worried for her. He stops himself recalling that she is a kinner. He hurts his hand in a fit of rage. Heer worries for him as before. He gets against her. They get distant. Their friends think they will be hugging and confessing love. Jharna reaches the college and asks them to open the door. She doesn’t want them to force Virat towards Heer’s love.

She comes as Virat’s savior. Heer recalls meeting Jharna in the engagement function. Heer cries on tearing the photos. Virat makes a leave with Jharna. Jharna warns Heer to stay away from Virat. Heer doesn’t accept any taunt. She asks Jharna to keep Virat for herself. She cries that she wasted her love on a person who didn’t value love and relations. Virat gets angered when he sees Heer passing by. He closes eyes to avoid the sight.

He imagines her in the kinner get up every time he sees her. They have a moment. She wants to bring him to senses. She tells him that she will not spare Jharna. She asks him to warn Jharna. Virat thinks Heer is showing him attitude. He tries to take revenge on Heer. He splashes the dirt on Heer purposely. He asks her to stay away from him. Heer gets raged to answer him back. She throws the same dirt at him. She tells him that she won’t let him stay clean if he messes up.

Reviewed Rating for this particular episode Shakti Challenge for Virat 31st July 2020 Preview: 2/5
This rating is solely based on the opinion of the writer. You may post your take on the show in the comment section below.