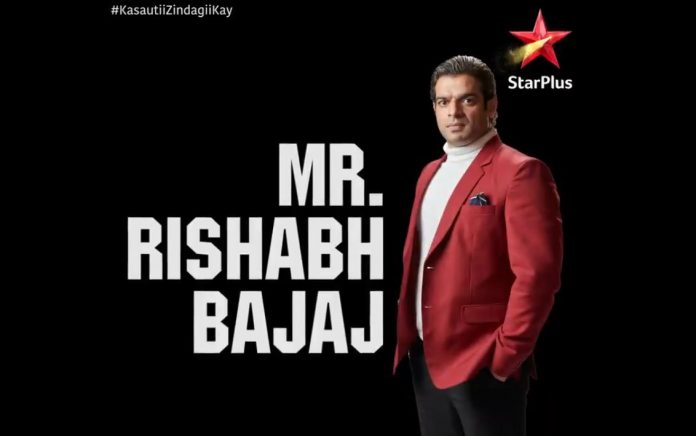 Kasautii Bajaj suspects Komolika Ronit 31st July 2020 Prerna shares her dilemma with Mr. Bajaj. She tells him that she couldn’t refuse to Shivani and Ronit’s alliance seeing how hopeful Shivani was. She had to agree for the sake of Shivani’s happiness. She can sense the storm approaching Shivani’s life, but feels helpless. She tells him that she can’t see Shivani hurt, but marrying Ronit is Shivani’s big mistake. Mr. Bajaj pacifies her.

He tells her that Shivani would be happy if Ronit really changed, else she will accept the truth with much maturity. He promises to stop the marriage by bringing the truth in front of Shivani soon. He asks Prerna not to stress until he does his work. He is sure that Shivani will not suffer in her life. He wants Prerna to trust him. He wishes that Ronit really changed and loves Shivani. Ronit tells Komolika that he really hates Shivani, he is waiting to destroy her life.

Komolika asks him to be convincing in his love drama so that Shivani gets much hurt when the truth comes out. She wants him to give much pain to Shivani. They make plans of revenge on Prerna through Shivani. Moloy doesn’t think Ronit can change. He is very sure that Komolika will never support lovers, when Shivani is involved with Ronit. He knows that Komolika is planning something worse. He wants to find out what and save Shivani’s life. He doesn’t want Anurag and Prerna to get in trouble due to this alliance.

Later, Mr. Bajaj makes a caring gesture towards Shivani. He arranges a designer for her and the family. He impresses them. Sharmas thank him for the help. Mr. Bajaj feels guilty to not let Prerna meet them when they needed her the most. He feels sorry to keep Prerna away. Veena understands that he was just protecting Prerna.

She thanks him for becoming Prerna’s one and only big support. Mr. Bajaj tells Prerna that she should be happy for Shivani’s sake, everything will be sorted. Sharmas prepare for Shivani’s engagement, while Prerna gets thankful to Mr. Bajaj for everything he did for her family. She turns happy when he addresses her family as his family. He tells her that he wants to do the best for them. Other side, Mohini and Nivedita plan to break Mr. Bajaj and Prerna’s marriage. Mohini questions Nivedita if she forgot Anupam by now. Nivedita still misses Anupam. She lies to Mohini that she doesn’t miss Anupam, she is ready to move on with Mr. Bajaj.

Mohini knows she is lying and still doesn’t care, since she sees the benefits coming from Nivedita and Bajaj’s alliance. Nivedita tells her that she will impress Bajaj in the party and prove it that she wants to get remarried. They both want freedom from Komolika’s evil. They don’t want to get tortured by Komolika at home. They think Mr. Bajaj is the only person who can save them from Komolika. Prerna wishes Shivani stays happy. Komolika arrives for Ronit’s engagement. She vows to destroy Prerna’s peace and happiness.

Reviewed Rating for this particular episode Kasautii Bajaj suspects Komolika Ronit 31st July 2020 Preview: 4/5
This rating is solely based on the opinion of the writer. You may post your take on the show in the comment section below.