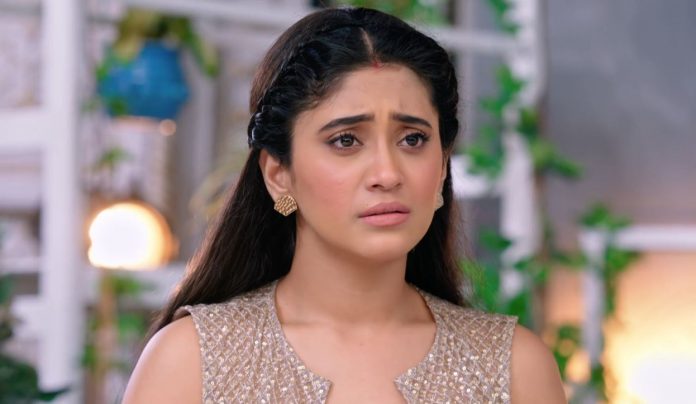 YRKKH Naira rocks as Tina 31st July 2020 Preview Naira pleads to Kartik to admit the truth to the police and not take the blame on himself for someone’s fault. Kartik tells her that he has to confess the crime, no matter what’s the truth, for the sake of the family and business. He reminds her that his family can’t live a poor life, especially Kairav who is undergoing a big treatment.

He tells their financial requirements, which can be met only if they successfully run the company. He asks Naira to let him be with the truth. She tells him that the family needs him more than the money. He doesn’t understand her point. She asks him to blame her for the accident and return to the family if money is so important. He doesn’t let her take his place. He asks her to do his duties at home.

He wants her not to be selfish and think of many families supported by their business. He doesn’t want to step back from his big responsibility. He takes all the stress. He wishes that she supports him, so that they win in the tough phase. He compels her to accept his decision. Naira feels sorry for him. She makes a leave from the police station. On learning home, she fails to answer the family who asks her if Kartik agreed to meet the lawyer. She sheds tears of sorrow.

She wanted Kartik to understand what he means for them. She finds Kartik’s memories everywhere in the house. She thinks its impossible to live without him. Soon, she learns that Dadi has left the house since Kartik is jailed. Dadi leaves a letter. She is heartbroken that the family is losing the heirs. She doesn’t want to stay in the house if Kartik isn’t with them. She doesn’t think the house is important than the family.

She regrets to stress Kartik about mortgaging the house. Dadi punishes herself by distancing from the family. On the other side, Sita is worried that Naira would soon find a solution and change her game. She rushes to meet Kartik and asks him to sign the confession at the earliest. She warns him against meeting Naira again and letting her know anything. She feels Naira is suspecting her. She reminds Kartik about her help to his family. She also threatens him of dire consequences if he turns against her.

Kartik tells her that he is ready to sign the confession. Naira and family find Dadi at Guru ji’s ashram. They try to take her home. Dadi gets adamant that she will not go back home unless Kartik comes for her sake. Naira gets explaining Dadi that she didn’t lose hope, she will still fight for Kartik. She recalls Kartik’s words when he asked her not to reveal the truth to the family.

She gets helpless to tell them about Kartik’s huge sacrifice. She tells them that Kartik has been doing everything for their sake. The family cries knowing his sacrifice. They tell Naira that they should save Kartik. They tell her that they can live a poor life, but they can’t lose Kartik. They want their son back. Naira makes a plan to catch Kundan. Naksh informs her that Kundan is leaving the city.

Naira doesn’t want the culprit to escape. Naira tells the family that Sita and Kundan shall meet Tina now. She follows Kundan at the airport and steals his documents to stop him from leaving. Naira makes a big plan to trap Sita in her own game. She brainwashes Kundan against Sita. Will Kundan fall in her trap? Keep reading.

Reviewed Rating for this particular episode YRKKH Naira rocks as Tina 31st July 2020 Preview: 4/5
This rating is solely based on the opinion of the writer. You may post your take on the show in the comment section below.