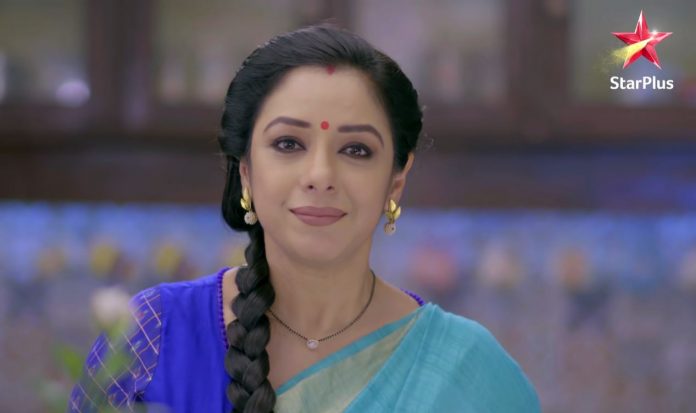 Anupama StarPlus Prime preview Anupama meets Kinjal Anupama gets fired from her job while meeting the household duties. She gets late to reach the school, after completing the cooking tasks at home. She impresses Vanraj’s clients by her culinary skills. She fails to make an impression at the school inspection. She sheds tears of sorrow and shares the news with her family. They feel its unfair that Vanraj doesn’t respect her and her work. She refuses to hear anything against Vanraj.

She feels sorry for herself since she failed to balance her household duties and work. She thinks she always lacks in something, hence she fails to keep Vanraj happy. She blames herself. At home, Paritosh gets upset that Anupama didn’t come back home and left the work for him. Vanraj tells Samar that Anupama isn’t a responsible person. Samar defends his mother like he always does. Vanraj meets Kinjal’s family. Paritosh stays stressed that Anupama may make an entry and then he will be ashamed of her. He wishes that she doesn’t come.

Samar connects to Anupama and informs about Kinjal’s family coming to fix the alliance. Anupama rushes back home. She wants to meet Kinjal. Anupama forgets all her sorrows and gets excited to make a new relation. Anupama’s place gets taken by Kavya. Kinjal’s mum seems to be insulting Paritosh’s family on seeing their house and status. Kavya handles her well by speaking of her high qualifications. Kavya poses as Anupama on Paritosh’s request. Vanraj had to struggle to convince Kavya to handle his family problem.

Anupama comes home and meets the guests, who receive a shock on knowing that she is Paritosh’s mum. Anupama likes Kinjal a lot. She feels proud of Paritosh’s choice. She bonds with Kinjal and blesses her. Vanraj and Paritosh don’t let her speak much, being embarrassed with her language. Samar feels bad that everyone just treats her like a servant, than a family members. Samar wants Anupama to get the due respect. He asks Anupama about the school inspector. She hides the truth for time being. She conceals her sorrow behind her smile.

She doesn’t want him to get sad for her. Later, Paritosh’s alliance with Kinjal breaks when Kinjal’s mum finds Anupama is an illiterate. What will happen when Anupama realizes the worth of education, something that she missed due to her early marriage, which is now affecting her son’s marriage alliance. Will Anupama change her life and pursue her dreams? Keep reading.

Reviewed Rating for this particular episode Anupama StarPlus Prime preview Anupama meets Kinjal: 4/5
This rating is solely based on the opinion of the writer. You may post your take on the show in the comment section below.