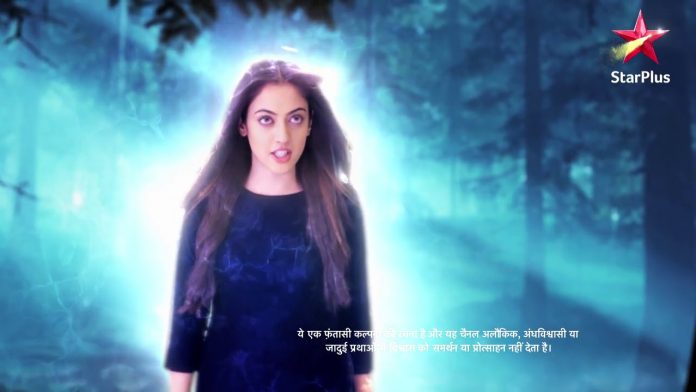 Yeh Jadu Unthinkable truth strikes Roshni 31st July Aman’s family plans a surprise for him. They think Aman and Roshni have lost a lot in their lives, they deserve much happiness. Dadi wishes that they stay happy forever. Aman learns about their surprise. He catches them hiding in his room. He tells them that he is self sufficient and doesn’t need anyone’s help. He plans a romantic night with Roshni. He thinks of confessing his feelings. He wants to tell her so much good about her, but feels lack of words to express.

He wishes to confess love and make her happy. He rehearses before she comes to the room. Roshni finds the surprise and understands that his romance plans. She tries to make him away, knowing that the jinn will not spare their first child. She doesn’t want to have a child so soon. She hides the deal with the Jinn from Aman and bears all the emotional burden alone. Aman romances Roshni. She excuses herself. Aman wants to spend time with her. Roshni feels sorry to hurt his feelings. Rehan stays disturbed since he misses Farhan.

He speaks to his sister Mahira, who also cries for Farhan. Rehan heads to a club at night, when he fails to get a good sleep. He returns home in the morning with a girl. Roshni asks Aman to take some tips from Rehan. Aman gets some tips and feels he should also try it on Roshni to get her close. Aman starts ignoring Roshni. Roshni wonders about his weird behavior. Roshni puts up the curtains on her own. She falls down. Aman rushes to save her. Aman tells Roshni that he is always with her.

Roshni knows that he is always fulfilling his promise to protect her. Aman expresses his love in an unusual way. Roshni’s heart cries for him. She reciprocates his feelings. She gets affected by the jinn’s deal. She makes distance from Aman again. She doesn’t want Aman to know about her huge sacrifice. On the other hand, Rehan wants to hire a secretary. He wants a perfect girl for the job, but seems like he is going to get the opposite of his likes. A girl enters his life, playing his love interest. Rehan thinks he has seen Farhan and follows a car. Rehan doesn’t get Farhan. Aman breaks the unthinkable truth to Roshni. Aman reveals about her pregnancy termination which leaves her broken.

Reviewed Rating for this particular episode Yeh Jadu Unthinkable truth strikes Roshni 31st July: 4/5
This rating is solely based on the opinion of the writer. You may post your take on the show in the comment section below.