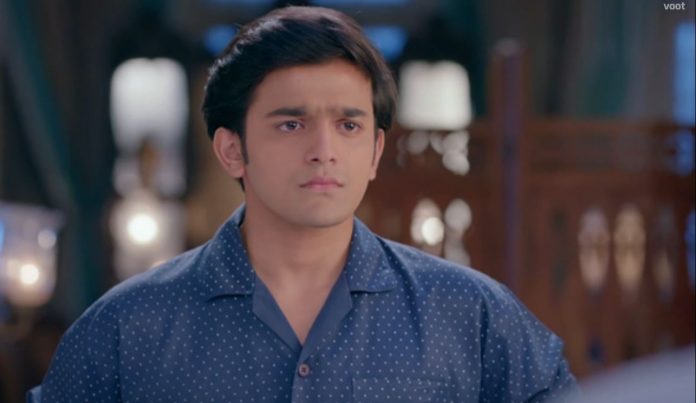 Barister Babu Preview Sumati tricks Anirudh 3rd August Bondita questions about her mum’s rights on her. She tells Anirudh that if he has rights on her as her husband, then even her mum has much rights on her. She doesn’t think she can choose either of Anirudh and Sumati. She tells him that she is thankful to him for giving her a good life flourished with all the comforts, but she can’t forget her mum’s struggles in raising her up. She feels her mum is the one who gave her a life, which he wants to shape up.

She makes him realize his mistake of commanding over Sumati and claiming more rights on his wife. She tells him that he should apologize to Sumati. Anirudh understands her justified anger. He apologizes to Sumati, who knows that Anirudh is a gem at heart and wants Bondita’s betterment. She just wants Anirudh to agree with her so that Trilochan’s wish gets fulfilled.

She doesn’t want Bondita and Anirudh’s marriage to face problems due to Bondita’s kiddish problems. Trilochan cheers up Bondita and makes her ready to meet the guests, who arrives for the function. Bondita tells Sumati that she doesn’t feel willing to go. Sumati is happy to see the kind of honour given to Bondita by the guests. She wants her daughter to always have a prosperous life. She doesn’t think any little problem should ruin the big happiness.

Bondita heads for the function and enjoys every bit of it. She receives many gifts from the guests. Trilochan builds up more pressure on Sumati. He reminds her that if Anirudh fails in the challenge, then Bondita will be leaving from his life forever, she will not be his wife and he will be remarried to someone else. Sumati doesn’t want this to happen. Trilochan promises to get Bondita back to his haveli if she gets fine soon. He asks Sumati to take Bondita away in the darkness of the night without Anirudh’s knowledge.

He wants Sumati and Bondita to leave for their village as soon as possible. He asks her to accept the land plots which he has given away to Bondita as security. Sumati doesn’t have any greed for the land. She just wants to secure Bondita’s marriage. She agrees to obey him just for the sake of Bondita’s happiness. She wishes to solve Bondita’s illness and bring her back soon. Trilochan gets relieved that the puja will go well if Bondita is away. Binoy thinks Trilochan is playing well to get rid of Bondita forever.

Trilochan clears out that he has accepted Bondita as his Bahu and will keep his promise of bringing her home once her illness gets cured. He tells Binoy that Anirudh and Bondita will live happy once she returns. Binoy wants Anirudh to marry Saudamini. Sumati tries to find a way to take Bondita to the village. She meets Saudamini and confronts her about her feelings for Anirudh.

She realizes that Saudamini loves Anirudh. She apologizes to her on Bondita’s behalf. She tells her that Anirudh married Bondita to save her life, Bondita isn’t at fault and didn’t ruin Anirudh and Saudamini’s relationship. She wants Saudamini to forgive Bondita and treat her well. Saudamini wants to ruin Bondita’s life. She just wants to have Anirudh. Saudamini dreams of marrying Anirudh. She brainwashes Sumati to take away Bondita. Sumati requests her for help. Anirudh apologizes to Sumati, who tricks him to send him away from the house. She wants to rush out with Bondita in Anirudh’s absence. Will Trilochan succeed in sending Bondita away? Keep reading.

Reviewed Rating for this particular episode Barister Babu Preview Sumati tricks Anirudh 3rd August: 4/5
This rating is solely based on the opinion of the writer. You may post your take on the show in the comment section below.