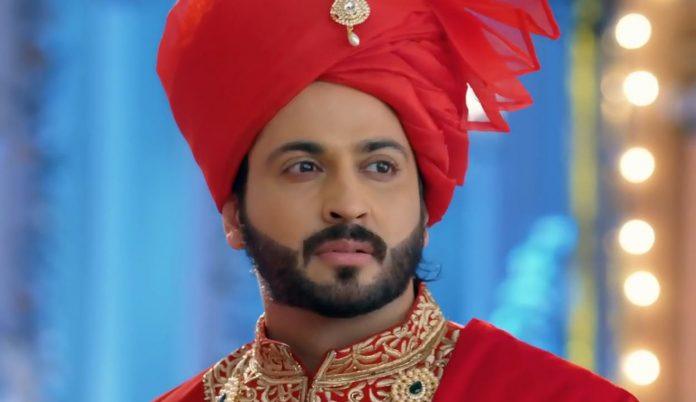 Kundali Bhagya Ultimate twists coming 4th August 2020 Karan and Mahira complete the Varmala ritual. Sherlyn asks Preeta to watch the rituals and enjoy. Karan tries to make Preeta jealous. He gets worried when he sees Preeta in Mahira. He can’t imagine that he is actually imagining Preeta as his bride. He gets disturbed. He wants to make Preeta out of his mind.

Preeta expresses her happiness after watching the rituals. Karan tells Mahira that Preeta ruined his life, he has to go and talk to her. Mahira thinks its good if he scolds Preeta again. Karan takes Preeta with him. Shrishti doesn’t want him to hurt Preeta. Preeta doesn’t think that his anger will hurt her. Karan tells her that she is acting happy and making him more angered. He yells at her for coming into his life and spoiling everything.

He takes Preeta to Mahesh. He tells her that Mahesh taught him living his life, he taught him everything, but now Mahesh is helpless, he is suffering because of her. He tells that he wanted Mahesh back to life, but he is bedridden in the state of coma. He blames Preeta for everything. He gets emotional and shares his pain with her. He lashes out at her, holding her responsible for his dad’s ill condition.

He doesn’t listen to her. He tells her that she had kidnapped Rishabh to stop his marriage. He blames her again. Shrishti tells Sameer that Karan took Preeta with him. She stays worried. He asks her why didn’t she listen to him, why did she get Preeta home. Dadi is worried that Preeta came home. Rishabh feels sorry for Preeta.

He calls her unlucky to bring a doom into his family. Preeta bears all the accusations silently. She tells him that she isn’t behind Rishabh’s kidnapping. Rakhi tells Mahira that she will call Karan. Mahira thinks it will be good if Karan scolds Preeta and hates her a lot. She wishes that Karan never falls in Preeta’s trap. Sherlyn is happy for her. Rakhi asks Sherlyn to get the sweets. Preeta tells Karan that she didn’t come to hear his accusations. She finds him really mad. She tells him that she has come by accepting his invitation, she won’t react on seeing his marriage rituals.

She is glad that his taunts and accusations will end once he marries Mahira. She is fed up of him. Karan tells her that nothing will end so soon, she will have to watch his wedding, she means nothing to him. He tries to hurt her heart by telling her about Mahira and his marriage. Preeta tells him that she will attend the wedding until the end of the rituals. He gets angry on her. They have a moment and recall their marriage. Shrishti wants to find Preeta. Sherlyn doesn’t want her to reach Preeta and stop Karan from insulting Preeta. She stops Shrishti and argues with her to block her way. Sherlyn tells her that Karan is with Preeta, he will act according to what Preeta deserves.

Reviewed Rating for this particular episode Kundali Bhagya Ultimate twists coming 4th August 2020: 4/5
This rating is solely based on the opinion of the writer. You may post your take on the show in the comment section below.