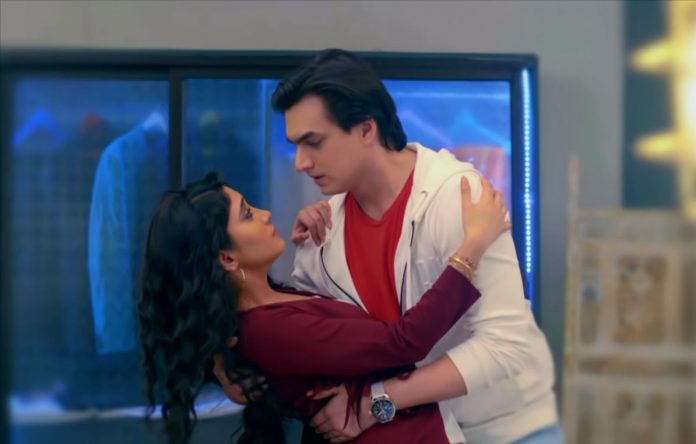 YRKKH Upcoming twists Naira’s sacrifice 3rd August 2020 Kundan accepts Naira’s deal. He tells her that he will frame Sita in the accident case. He complains about his mother. He tells that Sita talks just nonsense, her ethics don’t matter in these times when they have to run business well. He mentions that he wants to run the business as he wants, he is much talented to take it to new heights, Sita never sees his skills and didn’t give any authority to him. He wants all the power and control in his hands.

He gets ready to help Naira. Sita can’t believe his truth. She thought that he is an ideal son. She slaps Kundan and shocks him. He comes up with a big lie that he was playing along Naira’s plan to know it further. He tells that he didn’t tell her, as she would have worried for him. Sita understands that he is lying. She reprimands him for cheating her all her life. She feels bad that Kartik is innocent and good-valued, still he is in the jail.

She wants Kundan to get punished. Kundan feels that she will not believe him now. He ends his drama and shows his true colours. He tells her that he already got the Power of Attorney signed by her and now she has no authority in her hand. He expresses his bitterness towards her. He tells her that she can’t make him a puppet, he has his own life and he can manage it himself, she can’t expect him to blindly follow her.

Sita tells him that he has seen her love, and now he shall see her hatred. She gets too angered on him and throws the spiritual ring, telling him that she won’t be praying for him now. She wants to call the police. Kundan angrily throws his crutch to stop her. Naira saves Sita from getting hurt. She scolds Kundan for falling to this level. She asks Kundan not to provoke Sita and get cursed by her. Sita realizes that Naira is really well cultured and valued, she has misunderstood Naira before. She feels sorry to judge Naira and Goenkas.

She tells Naira that she will help her in freeing Kartik. Kartik wants to rush and get convicted by the court. Naira stops Kartik from going to the court. She tells him that she has come to take him home. Kartik asks her why is she spoiling his efforts. Naira brings Sita and Kundan there. Naira tells him that Sita has taken the charges back, she is here to help them. Sita admits that she was wrong to cover up Kundan’s crime. She tells the Inspector that Kartik is innocent, he should be let free. Kartik can’t believe it.

Sita tells that Kundan is responsible for the accident, he will bear the punishment. She frees Kartik from the case. Kartik gets overjoyed when Sita sings Naira’s praise. She tells him that Naira has made her see the truth and saved many lives. She asks Kartik to go home, she will meet him later. Kartik realizes that Naira has fixed everything. Sita gets Kundan arrested by giving the statement against him.

Later, Naira brings Kartik home. He gets a warm welcome and breaks down. He tells them that he had made the big sacrifice since he couldn’t see them losing the house and business. He wanted them to stay happy. The family explains that they can never be happy and in peace without him. They tell him that he is more important to them than the business. They are proud of him, but can’t live without him. The lawyers arrive and give the final legal notice to Goenkas. They tell Goenkas to vacate the house if they fail to arrange the money to pay the investors in an hour.

Kartik gets this shocking news. The family breaks down with the thought of losing the house. Naira gets an idea to save the house. She knows their emotional connect with the house and can’t afford to lose it under any circumstances. Naksh accompanies her and supports her in the big house. Naira takes the big decision to save Goenka mansion. What would Naira sacrifice? Keep reading.

Reviewed Rating for this particular episode YRKKH Upcoming twists Naira’s sacrifice 3rd August 2020: 4/5
This rating is solely based on the opinion of the writer. You may post your take on the show in the comment section below.