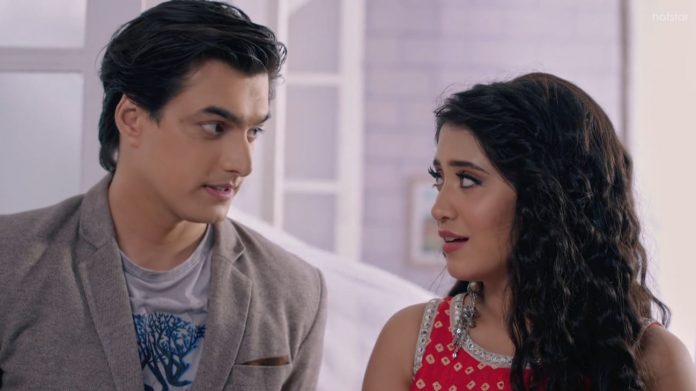 YRKKH Today Preview Goenkas receive huge joy 4th August 2020 The Goenkas get emotional while they depart from their house, which holds memories of their entire life. Dadi misses out everything while losing the house to their financial difficulties. She feels its a tough phase and shall pass soon. The family gets their stuff and prepares to leave the house with a sinking heart. Kartik feels guilty that he has to leave the house. He thinks he couldn’t do anything for his family and broke their hope.

He feels he has failed as a good son. He thinks he failed in all the relations, since he couldn’t keep anyone happy. He wanted to protect them from sorrow and pain. He blames himself for not being able to save the house and business. The family is thankful that at least they got Kartik back, which means a lot to them. They encourage each other that they will together work hard and get back everything they have lost.

Kartik tells them that they shall make prayers in the house for the final time. The family prays for the last time in their house. They shed tears. They don’t want Naira to undergo the same pain. Kartik wonders where is Naira. He tries to find out about Naira. Naksh informs Kartik that Naira is absolutely fine and on the way to home. Naira sells off her dance academy to save Goenka mansion. She signs the legal documents.

Kartik questions her about her sacrifice to know what has she given away to get the house. He sees her crying and understands that she has sold the academy, which was much close to her heart. He asks her why did she part away with Akshara’s last sign. Naira tells him that Akshara’s blessings will always be with her, she will be proud that she has sacrificed the academy for the house. Naksh also feels that Naira has been selfless and made them proud.

He tells them that Naira wanted to bring joy for them, she loves them a lot. Naira doesn’t want Kartik to misunderstand her. She tells him that she has done everything for the family just like he was doing by taking Kundan’s blame on him. She tells that she is inspired from his sacrificing act, she can’t let him down either. Kartik and Goenkas praise her and are thankful that she saved the day.

Naira takes them inside the house and makes prayers once again. She wants everything to go fine from now. Kartik and Naira prepare to do the best for their family. They don’t want any sorrow to touch them again. Dadi gets glad seeing their efforts. Sita meets them to make an apology for her big mistake. She tells them that Naira has proved her wrong and changed her mindset. She is happy that she learnt Kundan’s truth. She feels she is also responsible for Kundan’s bitterness.

She wishes that her son was also like Kartik. Naira cheers her up and accepts her apology. She also apologizes to Sita for tricking her with a dual identity. Sita and Naira sort their differences happily and admire each other. The Goenkas succeed to change Sita’s heart. Sita tells them that she has failed to help them much. Sita takes their leave by promising to stay in touch with Naira.

Reviewed Rating for this particular episode YRKKH Today Preview Goenkas receive huge joy 4th August 2020: 3/5
This rating is solely based on the opinion of the writer. You may post your take on the show in the comment section below.