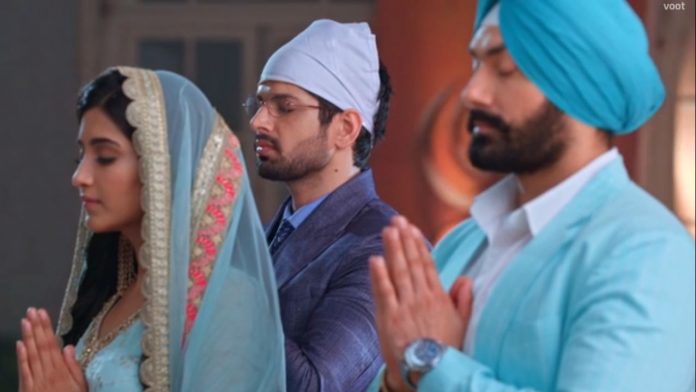 Choti Sardarni Update Manav Sarabjeet meet 6th August Param cracks a funny poetic joke. He asks Sarabjeet if he has told anything wrong. Sarabjeet doesn’t scold him. He tells that love isn’t a wrong word. Harleen asks Meher to not stop focussing on Param. She wants Param to stay away from classless Yuvi. Sarabjeet handles the situation well. Aditi tells that we love each other in a family. Param asks Sarabjeet if he loves Meher. He puts Sarabjeet and Meher in an awkward situation. Sarabjeet teases Meher.

He confesses that he loves Meher a lot. Meher gets shy and goes away. Aditi likes their pairing. Meher asks Aditi to stay back with them. Aditi tells that she has to see few patients. Kulwant gets a huge shock on seeing Manav back as Vikram Diwan. She recalls Manav, how she had killed him to throw him out of Meher’s life. Vikram tells that he will be opening all the cases shut by people’s high influence. He swears to get the culprits punished. Kulwant thinks how did he get saved. She falls down the upper floor only by the shock of his return.

The family rushes to help Kulwant, who suffers a head injury. They take Kulwant to the hospital and cry for her. Sarabjeet asks Meher to accompany him to the Gurudwara. Meher explains Param that he can’t come along, he has to attend online classes. Harleen tells Param that Meher is right, he can go with them next time. Param gets upset. Aditi feels that she can never like Param, she has to target him to take her revenge.

She gets informed about Meher’s past with Manav. She doesn’t get Manav’s picture. She asks Bheem Singh to find the picture. Sarabjeet asks Tarkash to manage his meeting. He hides about Vikram’s trouble. Vikram comes to the Gurudwara at the same time when Meher and Sarabjeet visit to pray for their newborn. Vikram gets to see the baby and makes him smile. He doesn’t get to see Meher. Meher feels happy to be with Sarabjeet, who has always supported her. Sarabjeet gets Vikram’s wallet fallen on the floor. Vikram rushes out to attend a call.

Sarabjeet stops him to return the wallet. Vikram and Sarabjeet meet for the first time post Manav’s return. Sarabjeet recalls their earlier meet. He addresses Vikram as Manav. He asks Manav about his long disappearance.

Reviewed Rating for this particular episode Choti Sardarni Update Manav Sarabjeet meet 6th August: 4/5
This rating is solely based on the opinion of the writer. You may post your take on the show in the comment section below. 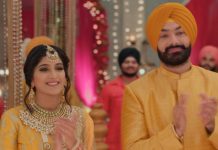