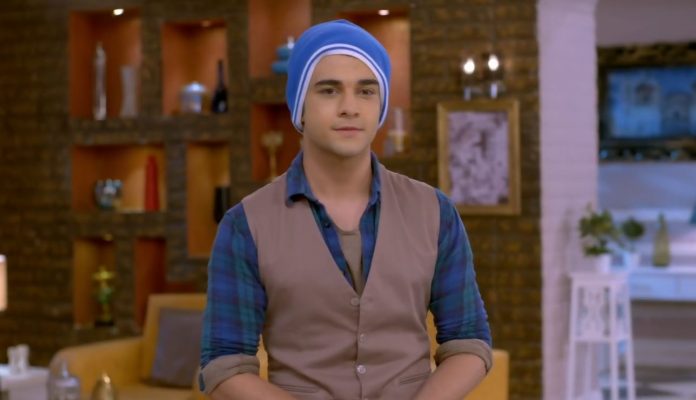 Kumkum Bhagya 7th August Ranbir alert of Maya Prachi gets angry that Ranbir didn’t answer her call. She thinks to ignore his calls when he tries to talk to her. Ranbir meets Abhi and wants to know what happened. Abhi tells that he is totally fine. Rhea gets coffee for Abhi, which Vikram snatches. Abhi asks Vikram not to take his things. He doesn’t want to miss Rhea’s first prepared coffee. Vikram asks him to have the coffee. Abhi likes the coffee. Vikram goes to attend a work call.

Abhi tells Ranbir that he knows about Maya’s powerful family. He promises to protect Ranbir. He asks Ranbir not to marry Mahira, just do whatever makes him happy. Ranbir wants him to take rest. Ranbir checks his phone. He finds it off. He thinks how did the phone get off. He checks the missed call and calls back Prachi. He bears her anger. He asks her why is she scolding him when she isn’t his girlfriend. Prachi tells him that she doesn’t want to talk to him. He tells her that she is acting like his girlfriend. She calls him mad.

She doesn’t like his weird talks. He tells her that he didn’t switch off his phone. She asks him not to call her his girlfriend. They have an argument. He pulls her leg. He asks her if she wants to become his girlfriend. He reminds her that they have to go and meet Rahul to confront him for stepping back. She agrees to meet him. She feels relieved after talking to him. Shahana teases her about Ranbir. Rhea meets Ranbir in his room. She tells him that she forgot that she is in his room. She asks him to take Abhi’s help in getting rid of Maya.

He tells that he knows Abhi loves him and will cross any limit. He feels indebted to him. He doesn’t want Abhi to fall in trouble. He is ready to do anything for Abhi. He tells that he will always listen to Abhi and obey him. She asks him will he never get against Abhi. Ranbir knows that Abhi will never ask him to do anything against his wish, Abhi understands him and will always guide him for the good. Rhea gets glad. Later, Ranbir meets Prachi. She admits that he had come in her dream. He gets excited to know what was he doing in her dream.

She tells that she was shouting that he wants to marry Maya. Ranbir apologizes to her. He jokes that she also came in his dream and requested him to marry her, instead marrying Maya. He tells that he accepted her marriage proposal. He jokes that he will marry her at the temple. She asks him to stop joking. They get to see Rahul. Rahul runs away from them. Ranbir stops Rahul and threatens him. Prachi finds Ranbir silly. Ranbir reads her mind. Prachi also threatens Rahul and wants him to tell the truth of Sangeet night. Rahul gets scared of them. He agrees to tell them the truth. He reveals Maya’s conspiracy of trapping Ranbir for money.

Ranbir gets worried on knowing Maya’s planning. Rahul requests Ranbir to maintain distance with Maya on his first wedding night. Ranbir scolds him for having such a conspiracy. Rahul tells them that he is leaving the city. He uses the pepper spray on them and runs away. Ranbir and Prachi get into a funny argument. He tells that he is his special friend, he is more than a friend for her. Prachi tells him that he is special.

Reviewed Rating for this particular episode Kumkum Bhagya 7th August Ranbir alert of Maya: 4/5
This rating is solely based on the opinion of the writer. You may post your take on the show in the comment section below.