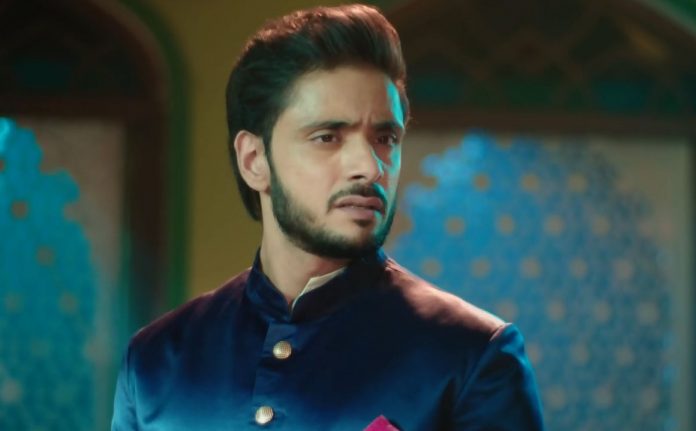 Ishq SubhanAllah Unthinkable twist coming 7th August Zara recalls Kabir’s words. The lady asks her to try to calm her mind. Zara tells that she lost her control and burst her anger at Kabir, which was wrong. She doesn’t want Kabir to know her identity. The lady plays music and heals her sorrowful wound. She has seen Zara crying and losing hope. She thinks its good that she has shown anger, but her old wounds shouldn’t get fresh.

She knows that Kabir will come back again, she should lie to him. Zara doesn’t want complications in her life. She just wants to walk on the new path shown to her. She doesn’t want to talk to Kabir. She believes that he is a liar. She misunderstands Kabir. Irfan prays that Zara returns to them soon if she is really alive. Salma learns the truth that Zara is alive. She wants to know where is Zara and why is she away. She asks him about Zara’s whereabouts.

Irfan asks her to take rest. She falls sick and tells him that she wants to meet Zara. He consoles her. Kabir suspects Ruksar’s involvement in the attack on Zara. He confronts Ruksar about the attacker. Ruksar gets worried knowing he is close to truth. Ruksar tells that Zara is dead. He threatens to slap her if she tests his patience. She lies to him. He tells that her lies won’t affect her. Ruksar falls down while getting away from him. She gets hurt. Zeenat gets worried and fears of Ruksar’s miscarriage. He imagines her accident. He doesn’t want to be harsh on Ruksar. He gets Irfan’s call. Irfan informs him about Salma’s deteriorating state.

Kabir rushes to Irfan’s house. He finds Salma really sick. Irfan tells him that Salma wants to meet Zara once. Zara heals the girl through her music. The girl’s mum thanks her for bringing her girl back to live. Zara tells that she will try to help the one who comes to her door with hope. Kabir comes to meet her and tells her that he has also come with hope. He tells Zara that Salma is unwell, she really needs help, he wants her to meet Salma and heal her. He asks Zara to come with him. Zara falls weak on hearing about Salma.

Kabir tells Zara that her parents know about her, that she is alive, Salma stopping having food, she lost all the hopes and isn’t willing to live. Zara laughs and asks him if he is joking and scripting this story. She insults him. She asks him why did he come to ask for musical healing for Salma. He tells her that he doesn’t have any belief in her musical healing. He reveals his ulterior motives to take Zara to Salma. He wants Zara to stop her lies after meeting her parents. Zara refuses to go with him. She doesn’t think he is saying true.

He tells her that Salma will get a new life on seeing her. Zara gets in a big dilemma. She asks Kabir to leave from her house. She tells him that he shouldn’t come to her with any excuse next time. Kabir is shocked to see her rude behavior.

Reviewed Rating for this particular episode Ishq SubhanAllah Unthinkable twist coming 7th August: 4/5
This rating is solely based on the opinion of the writer. You may post your take on the show in the comment section below.