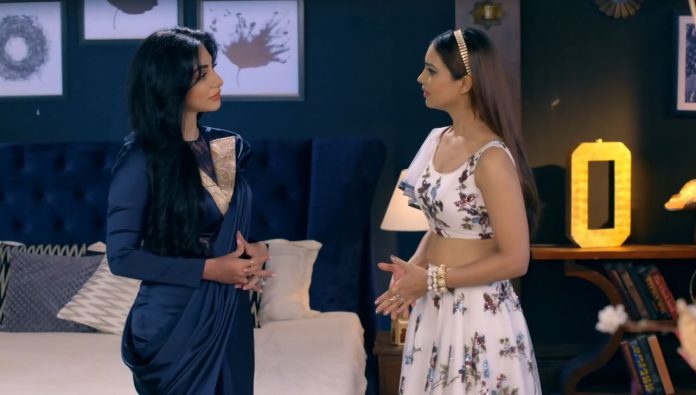 Kumkum Bhagya Quick Update 11th August Upcoming Pallavi is glad that Rhea is following her path. She tells that she has also taken time to give her nod to Vikram, just like Rhea didn’t accept Ranbir’s proposal at once. She tells that Vikram is for her for lifetime now. She hopes that Ranbir is with Rhea forever. She wishes that Rhea becomes her Bahu. Rhea thanks her. Rhea asks Pallavi not to tell Prachi that she has feelings for Ranbir.

Prachi comes to them. Aaliya comes home to meet Kohlis. Ranbir tells that he will drop Prachi home, he will help her since she always helps her. Rhea tells him that he can’t be with Prachi always. Aaliya tells that they have to attend a wedding. Dida tells Ranbir that they should go for the wedding function. Prachi tells that she will go herself. Vikram praises her sincerity. Prachi meets the senior at the office. She gets invite for the young talent conference.

She tells Sarita and Shahana about the money given by her senior. She has to keep it safe until she deposits the cash at office. Sanju gets released from jail. He wants revenge on everything who had sent him to jail. Aaliya and Rhea think of the plan to get Prachi framed. Sanju calls up Rhea and wants to know about Prachi. He asks her about Prachi’s location. Rhea tells him that she knows about Prachi, she will take him along. He tells that he wants to meet Prachi. She asks him to come soon. Sanju asks if she is missing him. She tolerates him.

Ranbir and family attend the function. Ranbir misses Prachi. He tells that he just wants to go to Prachi, he is mad about her and can’t be without her. Sanju meets Rhea and Aaliya. He thanks them for saving her life. He praises Aaliya’s driving and thanks her for saving him from Abhi. Aaliya asks Sanju to steal the money from Prachi’s house. She asks him to take a share from it. Sanju asks her why does she want him to do it. Aaliya tells that she will blame Prachi for the theft. He learns her plans.

Reviewed Rating for this particular episode Kumkum Bhagya Quick Update 11th August Upcoming: 4/5
This rating is solely based on the opinion of the writer. You may post your take on the show in the comment section below.