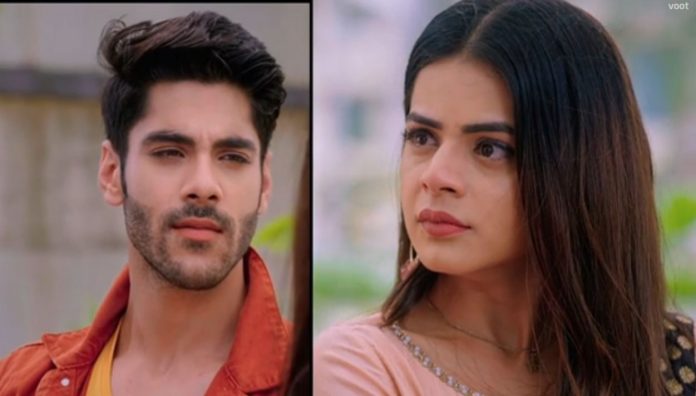 Shakti Upcoming 11th August Heer challenges Virat Jharna insults Heer in front of Virat. She suggests Heer to date the guy who took a stand for her. Heer tells that she has fallen in love with Virat and now she can never do the same mistake again. She tells her that Virat’s love may change any time, even she should be cautious about him. Jharna wants to know if Virat faked his love for revenge. She thinks to dig into their relation’s truth.

Sant asks Gurvinder to prepare Virat for marrying Virat. Gurvinder asks if it will be right for Virat. Parmeet threatens her. She wants to get rid of Gurvinder. Daljeet doesn’t support his wife. He asks Gurvinder to just obey his parents. Gurvinder gets worried. Sant tells that he wants Virat to marry Jharna. He hopes that she obeys them. Parmeet asks her to find some way to convince Virat. On the other hand, Shanno has played her final card.

She waits for Soham to return home with information about Soumya’s truth. Soham learns about Soumya and Surbhi’s lives. The man speaks against Varun, who was really mad and a drunkard. Soham gets angry and slaps the man. He tells that Varun was bad, since he was also a victim. He defends his father. He tells the man that he is Varun’s son. Shanno is sure that Soham’s blood will show its colour, Soham will also follow Varun’s footsteps.

Heer feels uneasy after eating the spicy burger. She suffers a stomach ache. Virat expresses his concern for her and feels guilty for hurting her. Jharna asks him not to feel guilty. She tells that its not his mistake. Virat asks the friends to not gather around and better get glucose for Heer. Jharna asks him why is he so worried for Heer. He tells that he isn’t worried, he isn’t affected by Heer’s condition. Jharna suspects him. He exclaims that he is totally fine, he won’t take Heer to the doctor.

He blurts out the truth about Heer’s identity for a second. He stops himself when he finds Heer. Heer thinks he is saying Soumya’s truth. He doesn’t want to tell the truth. Jharna wants Virat to tell the truth. Virat gets to see Nutan there and changes his statement. He tells Jharna that he is angry seeing Nutan around. Jharna asks why is he worried for little issues. Virat asks her not to get him mad by her questions. She tells that she cares for him. He apologizes to her. Heer feels hurt to see them sharing a hug.

She goes with Nutan, who cares for her. Nutan asks her to not prove herself and think of those who love her. She asks Heer to live well for the sake of family. Heer cries for her love. She tells that Virat always remind her the past and it gets disturbing. Nutan asks her to be strong. Heer tells that she falls weak when she faces Virat, even though she tries hard to hate him, she fails badly. Virat explains his heart that he can never be with Heer.

He tells Heer that he will now remember her limits, he doesn’t want to get blamed for her ill state. He gets rude towards her. Nutan scolds him. He asks her not to teach him manners. He asks Nutan to take Heer along with her. He tells that he loses his cool on seeing Heer. Nutan understands his words. She thinks Virat isn’t able to express himself clearly. Virat gets bound by Preeto’s promise. Heer asks Virat to at least become a good human being and learn respecting others. She tells him that his presence is such that others may hate him.

She lectures him and regrets to fall in love with him. She asks him to get his cheap thinking treated by a psychiatrist. Virat asks Heer to wait for five days, he will get her removed from the NGO group. She tells that she won’t go away. He tells that he will leave the college if she doesn’t go. She asks him to better change his way.

Reviewed Rating for this particular episode Shakti Upcoming 11th August Heer challenges Virat: 5/5
This rating is solely based on the opinion of the writer. You may post your take on the show in the comment section below.