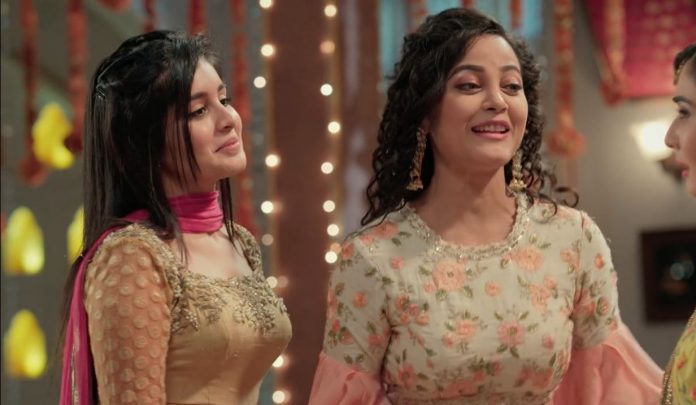 StarPlus Rishtey Pyar Celebration twists in Rajvansh family Abir gets his mischievous best to pull a prank on his family by acting jealous and upset over Kunal’s success. The family gets worried and tries to calm down Abir, who wants Kunal to sacrifice the award for his sake. Kunal is ready to give up anything for the sake of his brother. Mishti asks the family to just chill and not worry for Abir’s prank. She reveals that she understands Abir’s naughty side well, he is just teasing them to test their patience.

Meenakshi realizes that Mishti really knows Abir better than her. For a moment, she thought that Abir is growing insecure and wants to be part of her business. She really wants Abir to show interest in the business. Abir tells them that he wanted to see everyone’s shocked expressions. He laughs at them. The family gets relieved that there is no jealousy between the brothers. Abir shows much understanding towards Kunal.

He tells that he can never get insecure because of Kunal. Kuhu likes Abir’s cool attitude. Mishti sings praises of Abir. Abir tells that Kunal really deserves the award. Mishti congratulates Kuhu and Kunal for their success. Abir wants her to think of having a child, when he gives her the little Gopal idol as a hint. Mishti understands his every feeling, but decides to act ignorant to pull his leg.

Kuhu looks ahead to get great pictures clicked for the magazine cover. Abir waits for Mishti’s romantic surprise. She teases him by saying that they will decorate the idol and keep in the set up for puja. She pretends that she doesn’t understand his wish. Abir gets fed up and goes to meet Rajshri. Parul sends some stuff to Rajshri’s house. Varsha is much happy for Kuhu and Kunal. Rajshri tells that their daughters are lucky to get such perfect life partners, now they should plan their families.

Rajshri asks him to learn from Meenakshi, who has been a mother and father for him. She tells that Meenakshi is a better mother than them, she always protects her children like a father does. Abir realizes that she is right about Meenakshi. Rajshri tells that Abir and Kunal will be amazing fathers. She blesses Abir. Kunal and Kuhu spend good time and have a banter. Kunal gives her a surprise. He gifts her favorite designer dress to wear for the photoshoot. Kuhu gets too happy. Kuhu offers help to Mishti.

Nidhi fears that they will fight again and spoil everything. Mishti and Kuhu have come on a friendly term. Parul and Meenakshi get glad to see their bonding. They don’t want Mishti and Kuhu to fight again. Meenakshi finds Mishti handling Kuhu with maturity. Kunal stops Kuhu from coming into Meenakshi’s sight. He takes her along, while she drops the chocolate shake on the Jhanki. She doesn’t see the damage done. Abir and Mishti have a romantic dance in their room. Kunal and Kuhu also romance and are excited for their interview.

Abir wants Mishti to know that he is ready to have a child. He tells her that he is ready to take up the big responsibility, but he will not force her, she can take her time and till then he will keep patience. Parul calls them for the puja. Mishti finds the odd stain on the Jhanki setup. Kuhu realizes that its her mistake. Mishti doesn’t react much and fixes the stain. Kuhu helps her out. They show the sisters’ bond. Abir and Mishti become Krishna and Radha, while they perform in the Janmashtami function. Kuhu and Kunal get busy in their interview and photoshoot. Meenakshi wishes that her family stays happy always.

Reviewed Rating for this particular episode StarPlus Rishtey Pyar Celebration twists in Rajvansh family: 4/5
This rating is solely based on the opinion of the writer. You may post your take on the show in the comment section below.