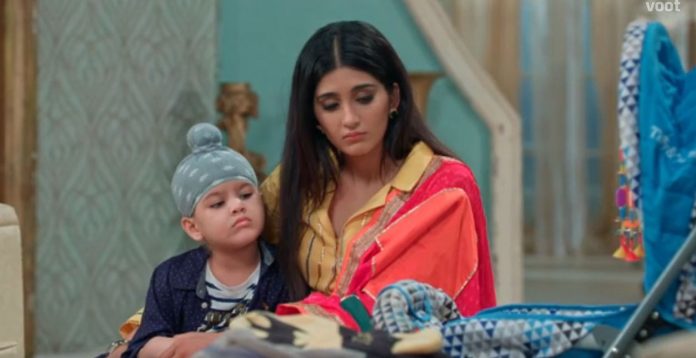 Choti Sardarni Update Vikram finds Meher’s past 19th Aug Bittu helps Rane and asks him to enter the house when he cuts the electricity. Vikram and Aditi check for the power failure. Rane gets saved from Vikram. He gets a huge shock on seeing Manav alive. He recalls the way Kulwant killed him. He gets scared and falls back. Vikram misses to see him. He knows that someone was spying on him. He doesn’t care for it. He is glad that his plan is working, his fear is spreading around.

Rane gets the whistle in his throat. He isn’t able to talk to Bittu. He calls Meher but fails to talk to her. Meher thinks he called to joke. He messages Meher about Manav. Bittu asks what’s the matter. A car knocks them down. Rane loses his phone and meets with an accident.

Vikram tells Aditi that Kulwant and Sarabjeet called him Manav, Meher’s lover. He tells that his face might resemble Manav, Meher can confirm it. He tells that that Meher didn’t meet him yet. He enquires about Sarabjeet’s name. Aditi tells about Meher. He tells her that he has to meet Meher to solve the puzzle. He checks the power board and learns that some intruder had cut the line. He asks Aditi to wait until she sees things clear. Vikram and Aditi check the footage of the hospital. They find Kulwant scared and angry, like she has seen a ghost.

He tells that Sarabjeet called him Manav and hugged him, but he was happy, unlike Kulwant reacted on seeing him. He wants to solve Manav’s mystery by understanding the history of Sarabjeet’s family. He wants to know why Kulwant attacked him. He tells that he needs her help in finding his answers. She also wants to know the hidden secrets of Sarabjeet’s family. Later, Harleen tells Robby that Param started hating Karan.

He is glad. She prays for Karan’s long life. She just wants Karan to stay away from their family. She tells that Meher can raise Karan anywhere else. She doesn’t want Karan to ruin Param’s life. She knows that Sarabjeet favors Meher a lot and gave a father’s name to Karan. She tells that Param can compel Sarabjeet to send away Karan and Meher. Param gets troubled and feels he always has to adjust because of Karan. Sarabjeet and Meher find a way to cheer up Param. Sarabjeet makes him feel special.

Param understands that he is a big brother now and has to look after Karan. Meher gets glad to see them. Kulwant finds her sons being treated for their injuries. She learns that Rane isn’t able to talk after swallowing a whistle. She asks him to write and tell them the truth. Rane writes about Manav. Doctor comes at the same time to inject medicines. Rane falls sleepy and doesn’t mention Manav’s name.

Meher spends time with Param. She also wants to pray for the family. She tells him that her children are her life. She doesn’t want her children to fight. She expects Param to show empathy towards Karan. She tries to unite her sons. She asks Param if he doesn’t want Karan. Param feels sorry. He apologizes to her. He wishes that Karan always stays with him. Meher hugs him with love.

Reviewed Rating for this particular episode Choti Sardarni Update Vikram finds Meher’s past 19th Aug: 3/5
This rating is solely based on the opinion of the writer. You may post your take on the show in the comment section below.