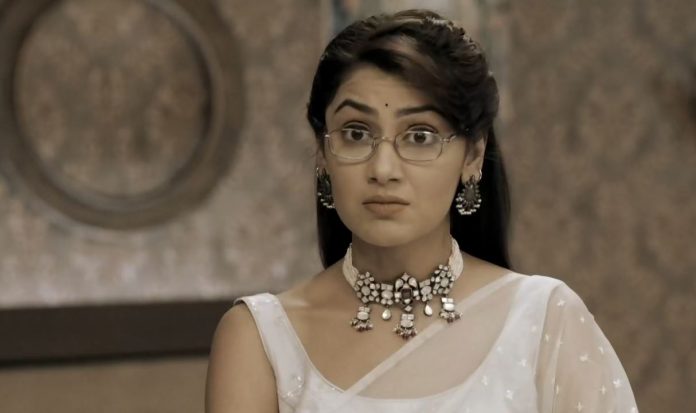 Kumkum Bhagya Pragya shocks Aaliya 20th August Pallavi apologizes to Prachi after Ranbir proves her innocence. Dadi hugs Prachi and apologizes. Prachi doesn’t want them apologize. Abhi asks Aaliya to apologize since she had insulted Prachi a lot. Aaliya makes excuse and leaves. Vikram also apologizes to Prachi. Prachi tells them that she is happy that they all trust her. Ranbir asks them to cheer up now. Prachi hugs Ranbir to thank him. Ranbir gets delighted. Rhea gets upset to watch them hugging.

Prachi can’t thank him enough. Ranbir consoles her. Rhea walks out from there. Abhi thinks Rhea doesn’t need to get jealous, since Ranbir loves her and Prachi is just his friend. Aaliya asks Rhea not to apologize to Prachi. Rhea tells her that she wanted everyone to get angry on Prachi, but they are showering love on Prachi. She asks why doesn’t people find goodness in her. She feels Prachi snatched Abhi and Ranbir.

She asks her to just stay happy with the family and focus on Ranbir. Abhi meets Rhea to know if she is feeling jealous. Rhea tells that she is jealous of Prachi. He wants her to handle her emotions. He tells that Prachi was accused for theft, she didn’t defend herself, knowing they will believe her. He tells that if they love someone, they will get more love in return. He asks her to remember that whatever belongs to her will always be of her. Aaliya thinks of meeting Sanju. She makes excuses and leaves. Abhi cheers up Rhea.

Rhea still hates Prachi. Abhi asks where did Ranbir go. Vikram tells that he had gone to drop Dida to her room, she is not less than a kid. Abhi wants to go to office. Vikram asks him to stay back and hear the music piece. Abhi asks Vikram to decide. Aaliya looks for her other phone. She tells Abhi that she isn’t getting her phone. She gets Prachi’s phone. Pallavi tells that Prachi isn’t at fault, maybe she took the wrong phone. Aaliya thinks to meet Prachi and get her phone back. She messages Sanju. She wishes that Prachi doesn’t know her plotting.

Prachi arrives home. Pragya congratulates her that she got a clean chit in the robbery case. Sarita tells that its good that everyone believes her again. She asks Prachi to make ginger tea for her. Prachi is happy and takes care of Sarita. Sarita teases her about Ranbir. Prachi tells that Ranbir helped her a lot. Prachi and Pragya think it will soon rain and go to take the dry clothes from the string. Aaliya and Abhi reach there.

Aaliya goes to get her phone. She comes across the shocking truth. Abhi stays back to hear the music. Aaliya learns that Prachi’s mom is Pragya. She gets stunned to see them together. She doesn’t want Abhi to see Pragya. She wonders how could this happen that Prachi become part of Abhi’s life. Meanwhile, Maya meets Ranbir and tells him that she has come for his purpose. He asks her not to tell anyone about it. Rhea spies on them. Ranbir tells Maya that he really needed the money, but he doesn’t need it now.

Maya promises to not tell anyone about it. She tells that she can do anything for him. She asks him to meet her tomorrow. He sends her away. Aryan asks him why did Maya come. Ranbir asks him if anyone else saw her. Aryan asks the reason. Ranbir says Maya came to make a favor, she is really sweet. Rhea gets angry. Abhi and Aaliya find the open wire. Abhi tells that anyone can get a shock if raining starts. Aaliya realizes that Pragya can come back in Abhi’s life if she decides. Aaliya stops Abhi from meeting Pragya. She doesn’t want him to know that Prachi is his daughter. Abhi asks her to relax, he will just come.

Aaliya fakes a panic attack to take him to the hospital. Abhi tells her that he will inform Prachi’s mom about the short circuit. Aaliya gets worried when the truth gets close to get revealed. Pragya and Prachi remove the open wire from the road. Aaliya manages to take him away. Abhi checks the car. He seems to have seen Pragya with Prachi. Aaliya gets relieved that Pragya is gone. Aaliya cries in fear. Abhi tells her that short circuit is fixed. She thinks the things are still in her favor.

Reviewed Rating for this particular episode Kumkum Bhagya Pragya shocks Aaliya 20th August: 4/5
This rating is solely based on the opinion of the writer. You may post your take on the show in the comment section below.