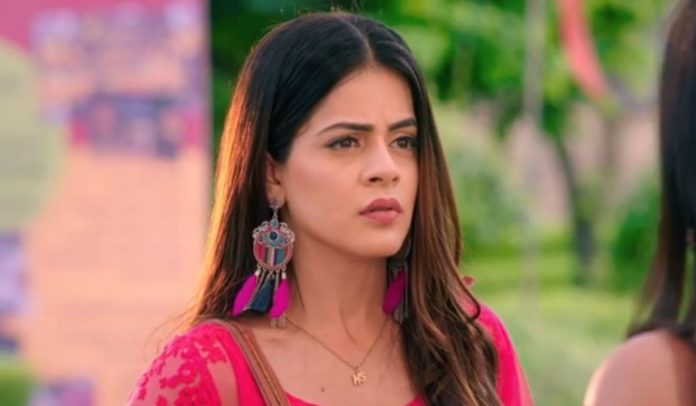 Shakti Update Mental anguish for Heer 19th August Soham imagines that he has shot down Heer. He goes to Heer and slaps her. The family is shocked to see his anger on Heer. She asks the reason for his fury. He tells her that she can’t insist Mahi to dance. She asks him not to talk to her again. He controls himself from revealing the truth to Heer. He doesn’t want to tell the reason for his rage. Rohan, Preeto and Harak lecture Soham about his wrong move to slap his sister. Harak and Preeto ask him to go and apologize to Soham.

Soham thinks they all are such big liars. He opposes them. Shanno gets glad seeing the drama. Preeto consoles Heer. Heer can’t understand why Soham lost his cool. She doesn’t think she did any mistake. She tells that she danced with everyone to celebrate the festive. She doesn’t understand her mistake. Soham hates himself for loving Heer so much, unaware of her identity. He loses his faith on their relationship.

Soham wants to purify his room. He doesn’t want to have any relation with Heer. He throws away and burns the rakhi gifted by Heer. He doesn’t want a kinner to be his sister. Meanwhile, Jharna tells Virat that she will instruct the cook to make food for them. She plans their date. Parmeet asks them to visit the temple with the family. Virat refuses.

Jharna tells that they can go for Parmeet’s sake. Soham puts Varun’s picture on the wall. Shanno gets victorious. Soham tells her that he won’t repeat Varun’s mistake by becoming impulsive, he will slowly ruin Harak Singh. He aims to snatch Harak’s money. He tells that he will take revenge on Harak. Shanno gets supportive.

She also wants revenge on Harak and Preeto. Soham tells that he will throw out Heer from the house. He knows that they will fall weak once Heer goes. He pays much respect to Shanno. He tells that he will protect her from Preeto’s anger. She gets emotional. She tells him that Veeran and Raavi never supported her, but she is happy to get a son in him. Soham and Shanno become negative to target Harak. Jharna finds Heer going to the college. She hinders Heer and reveals about her engagement with Virat.

She shows the engagement pictures to make Heer jealous. Heer congratulates her. Jharna taunts her for her heartbroken state. Heer isn’t interested in hearing her nonsense. Jharna asks her to be happy for Virat. She wants to know if Heer is sorrowful. Heer slaps Jharna in anger. Jharna and Heer slap each other and get into a cat fight.

Heer asks her not to provoke her. They both get hurt by falling over the road. They continue the fight. Heer overpowers her. She tells that Virat will cheat her too, he isn’t a loyal person. Jharna wants her revenge. Virat finds Jharna hurt. He asks her the reason. Jharna complains to him about Heer. She tells how Heer has hurt her knowing about their engagement. Virat takes her to Heer. Heer informs Nutan about Virat and Jharna’s engagement. Nutan asks her not to have any hopes now, the relation is over.

Preeto wants to know the reason for Shanno’s happiness. Harak wants Shanno to keep her manners and behave well. Shanno tells that she has been tolerating them since her marriage. She tells that they can’t taunt her about her status in the house. She answers them with confidence, since she has Soham’s support. Preeto thinks the reason for her courage, if Shanno had instigated Soham against Heer. Keep reading.

Reviewed Rating for this particular episode Shakti Update Mental anguish for Heer 19th August: 2/5
This rating is solely based on the opinion of the writer. You may post your take on the show in the comment section below.