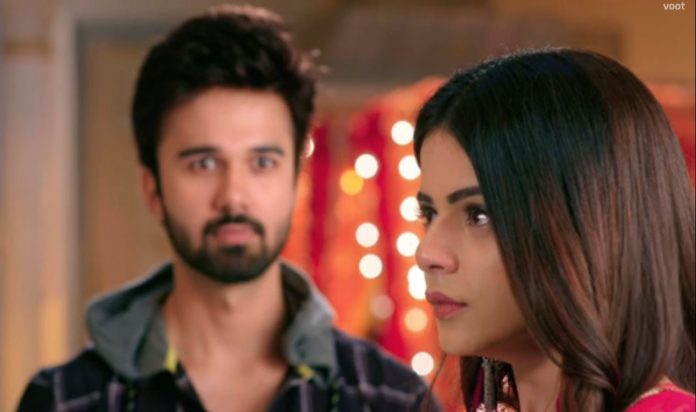 Shakti Colors Update Soham unthinkable move 20th August Soham’s behavior irks Preeto. She asks Mahi why did Soham slap Heer for her sake. She wants to know how did Soham hurt Heer when he always supported her, he also left the house to fight for her rights. Mahi tells that she doesn’t know anything. Preeto makes Mahi call Soham to find out the truth. Soham tells Mahi that he is at the college library. He lies to her. He meets some human traffickers with an intend to sell Heer to some foreign clients.

He tells that he heard they sell kinners in the foreign markets. The man tells that he has to bring the kinner to them, they won’t kidnap or fight anyone. Soham tells that he wants money in return. He doesn’t show Heer’s pictures to the men. He feels hatred for her knowing she is a kinner. He wants to get rid of her. He recalls the bond he shares with Heer. The man thinks he knows many kinners and can do good business.

Soham gets angry on the man and bashes him up. Virat complains about Heer to the college principal, who makes Heer apologize to Jharna. Heer argues with Jharna. Virat tells that he can’t work with Heer. Jharna tells that they won’t come if Heer comes for the work. Heer proves that no one has any problem with Heer. Jharna has already bribed the people and took their help to win Virat. The students ask principal to make Heer out of the NGO work task. Principal asks Heer to leave if everyone has a problem with her.

Virat tells Heer that he challenged to get rid of her and completed it before time. He insults her again. Heer sheds tears. She doesn’t lose. She goes back to challenge Virat. She tells that he can do anything, but she will come to attend college and work in NGO. She tells that he can’t stop her, she isn’t a weak person. Virat gets angered. Jharna doesn’t want Virat to know about her plans. She asks Virat to focus on work, Heer won’t come so soon. Soham fights the men and leaves.

She tells that she will talk to him even if he doesn’t talk. She tells how much she loves him. She reminds their childhood moment. She tickles him. He pushes her in anger. Heer wants to know the reason for his terrifying act. He warns her to stay away from him. She returns home. Harak and Preeto find Heer crying. They ask the matter.

Heer complains about Soham, who pushed her on the roads when she asked him to take her home. The family can’t take it anymore. Shanno gets glad to know this. Preeto fears that Soham got to know the truth.

Soham reaches home after Heer. He knows the family is going to confront him. He apologizes to Heer to cover up his mistake. Shanno makes him apologize so that his plan doesn’t fail. Soham decides to send Heer to kinner community. He gets a sorry card for Heer. Preeto questions him for his rude behavior. Soham makes an excuse and gets reprimanded. Heer tells Soham that she will forgive him. Preeto gets relieved that Soham doesn’t know Heer’s reality. Shanno teaches Soham to control his anger.

Reviewed Rating for this particular episode Shakti Colors Update Soham unthinkable move 20th August: 2/5
This rating is solely based on the opinion of the writer. You may post your take on the show in the comment section below.