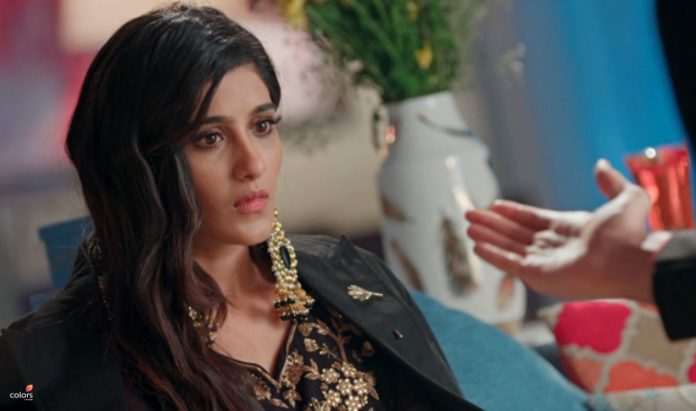 Choti Sardarni Meher strangled by past 22nd August Lalita changes her mind because of the love received by the family. She saves Param from taking the drugs. She blesses him to have a long life. Param gets angry on her and tells that he hates her. Sarabjeet tells Aditi that he wants to take Meher home. Meher finds hard to struggle with her past. Aditi does an emotional drama that its her birthday and she will be celebrating alone.

Sarabjeet asks why didn’t she tell this before. Vikram tells that she didn’t wish to celebrate her birthday like always, she didn’t want anyone to show sympathy for her. Meher feels strangled by the truth that Manav has returned in her life as Vikram. Vikram apologizes to Meher for his prank. He asks Meher not to punish Aditi for his mistake. She faces a new struggle when she decides to stay back to celebrate Aditi’s birthday.

Vikram tells Meher that her mum Kulwant attacked him with the knife, he has spared her on Meher’s request. Vikram creates a hurdle to stop Meher from leaving the fake birthday party. Meher wishes Aditi on her birthday. She tells that they will have dinner and leave.

Sarabjeet wants Meher to be strong. Meher feels worn-out by the shocking incident to see Manav alive in front of her. Vikram tells Aditi that everything is sorted, he will handle it from here. He wants Meher to bring out Manav’s truth. Karan cries a lot.

Param asks Harleen to take care of Karan. Harleen doesn’t love Karan. She calls Lalita. Param asks her to pacify Karan. Harleen finds Karan crying in hunger. She melts her heart for Karan. Robby asks her about the change in heart. She tells him that Lalita isn’t there, so she had to prepare the milk for Karan. Aditi gets Lalita’s message. She finds Meher upset. She makes an excuse and goes away to check Lalita’s message.

Lalita leaves the job and informs Aditi that she can’t harm Param’s life, she has broken the drugs inhaler. She prays that Aditi never succeeds in ruining Meher and Sarabjeet’s lives. Aditi gets raged on reading the message. Sarabjeet asks Meher to tell him if she is feeling uncomfortable. Meher tells that she can’t refuse to Aditi, who saved Karan’s life. Vikram tells Aditi that Meher is disturbed because his face resembles Manav. He wants her to blurt out the truth in frustration. She tells him that she lied that he prepared the food, since Manav used to work at a dhaba.

He prepares to lie. Param asks Harleen to check if the milk is hot. Param takes care of Karan. Vikram gets Aditi’s birthday cake and wishes her. Vikram asks Meher to have the cake. Meher wants to stay away from him. Param asks Harleen to clean Karan’s potty. Harleen falls into a fix. Vikram celebrates with Sarabjeet and Meher. He asks Sarabjeet if its his love marriage. Sarabjeet tells that its his arranged marriage with Meher. He refuses for the drinks. Vikram asks them to join them for the dance. Meher struggles and controls her emotions.

Vikram observes her cold expressions. Vikram performs a romantic dance with Aditi. Meher shivers. Sarabjeet cares for her. He goes to get water for her. Aditi makes Vikram reach Meher. Vikram asks Meher for a dance. He plays a mind game with her. Meher gets panicking. How will Meher come to terms with the truth? Keep reading. 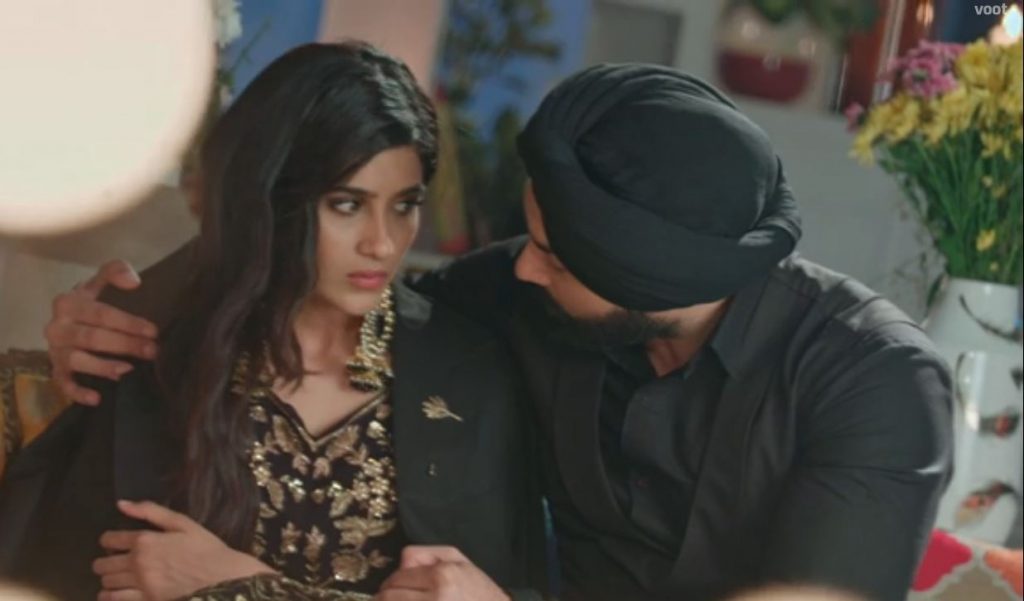 Reviewed Rating for this particular episode Choti Sardarni Meher strangled by past 22nd August: 5/5
This rating is solely based on the opinion of the writer. You may post your take on the show in the comment section below.