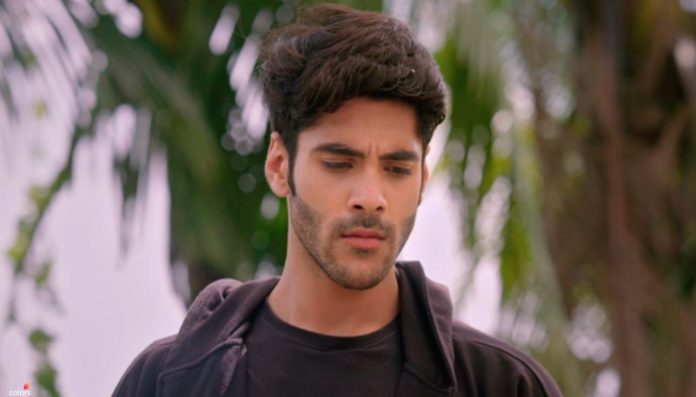 Colors Update Shakti Virat kidnaps Heer 24th August Heer finds a way to continue her work at the NGO in her college. She gets the kinners to help her. She warns Jharna by reminding her the slap. She wants the kinners to work along. Heer has taken help from Saaya so that she can oppose Virat. Saaya agrees to defeat Virat for her sake. Heer is thankful to Saaya for the support.

Heer thanks them for the permission. She defeats Virat. She tells Virat that she has failed him and now he can change his name. She makes fun of him. Heer’s friend get glad that she has won the challenge given by Virat. He feels she is testing his patience. Heer works with the kinners. Virat gets revengeful in anger. He can’t stand Heer’s happiness. She calls him a loser. Virat goes to answer her. He tells her that he will tell her truth, she is a kinner, that’s the reason he left her. Heer misses to hear the truth.

He comes across Saaya, who faces him and also the truth. Gurvinder does the puja of Daljeet. Parmeet tortures her by the rituals. Gurvinder is much frustrated. She is concealing Daljeet’s truth. She feels he doesn’t love and respect her. Saaya asks him to win the defeat by his talent. She tells that he can’t weaken Heer by telling her secret. He asks her to keep Heer away, he hates to see her.

He tells that he will always trouble Heer. Saaya asks him to do anything he wants but not reveal her truth. She tells that anger is also a part of love. She asks him if he still loves Heer. She exclaims that he will regret on telling the truth to Heer, he will not get any peace by breaking her identity. She goes before Jharna comes. On the other hand, Soham tells Harak and Preeto that they can send Sindhu to her in-laws.

Harak tells him that he didn’t force Sindhu to stay in Maayka, she can stay wherever she is happy. Soham tells that Sindhu will be happy with her husband. Preeto tells that he doesn’t need to worry for the family, they can take care of the family well. Harak and Preeto rebuke his move. Soham tells them that Heer was concerned for them and made him question them. They know Heer isn’t into the family matters.

Soham wants to get rid of Heer. While being on the way to home, Heer gets a shocker when she gets attacked by a stranger. She doesn’t see the face of the masked man. It turns out to be Virat. Virat kidnaps Heer. His engagement ring falls there. Why did Virat kidnap Heer? Keep reading.

Reviewed Rating for this particular episode Colors Update Shakti Virat kidnaps Heer 24th August: 2/5
This rating is solely based on the opinion of the writer. You may post your take on the show in the comment section below.