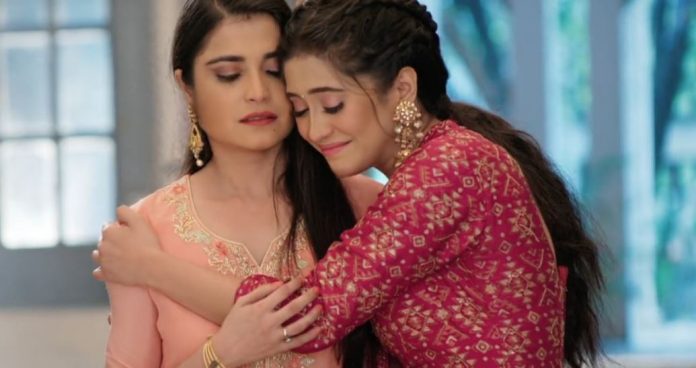 Yeh Rishta Anupama Promo News Coming twists Anupama tries to bring back Paritosh home. Paritosh rebels a lot and reaches Dave family to live with them. She has to show the right path to her son. She doesn’t give up, since Paritosh’s move has hurt the entire family. She wants to request Rakhi to let her son go. She hopes that Kinjal supports her. Paritosh doesn’t want Anupama to spoil things further. Anupama gets Samar with her, while she deals with the situation. Rakhi shouts that Paritosh won’t go anywhere.

She asks Paritosh to ask Anupama to leave. Paritosh misses his family. He wishes that the tension between the families end. Anupama doesn’t listen to Rakhi. She tells that she has complete rights on Paritosh. She puts some sense in Paritosh’s mind. She tells that the person who leaves a father, none encourages him and if the person leaves his mother, then he loses blessings as well.

She tells Rakhi that she is well aware of the fact that ego and family can’t exist together. She commands Paritosh to come home and learn the lesson from his life. Paritosh realizes that he has to keep his self esteem. He agrees to return home with Anupama and Samar. Anupama thinks Paritosh’s return will be a big surprise for Vanraj.

Kartik and Naira become Krishna and Radha. They get decked up in the cute costumes. Kartik ends his annoyance towards Naira. He helps her with love. He adorns his beautiful wife like before and brings harmony back into their marriage. Naira gets delighted that he has forgiven her for the accident. She also helps Kartik take the Krishna look.

When they come downstairs to their family, they receive many compliments. Dadi wishes that they don’t catch anyone’s evil sight. Kartik and Naira’s romance will be seen. After the long tiring annoying moments, they finally get to spend good time together. They perform as Radha Krishna for Manish’s sake. Manish and Goenkas enjoy the Janmashtami function with Kartik and Naira’s special performance. Chori gets ready as Kanha.

She wants to run away from Goenka mansion. She learns that Kartik has called the cops to take her away. She doesn’t want to go with the police. Manish suspects that she has stolen something. He follows her to see what she is hiding. Will Chori become a reason for Manish’s recovery? Keep reading.

Watch the latest promo of Anupama below: