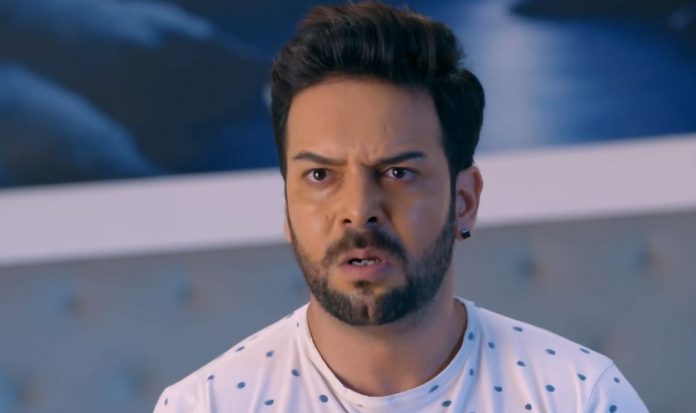 Kundali Bhagya Upcoming News Prithvi to propose Preeta Rakhi is much hurt thinking how Karan was angry on Preeta. She didn’t wish Karan to break Preeta’s heart again and again. She can’t see Preeta crying. She apologizes to Ganpati. She speaks her heart out. She cries for Preeta who was seeing her with hope. She didn’t wish Preeta to bear more insult. She couldn’t see her shattering all the time. She has sent Preeta away to save her from the humiliation.

She knew that the family would have not accepted Preeta if she stopped her in the house. She is hurt that Karan also hates Preeta. She feels sorrowful. She prays that Preeta stays fine. She wants Karan and Luthras to accept Preeta and love her. She worries that she may never see this day. She knows Preeta has undergone much sorrow in her life. She feels really depressed by the series of events.

Preeta thinks Rakhi also doesn’t love her, maybe due to her mistake to swap the bride. She thinks if Rishabh also lost faith in her. She feels she has done wrong. Rakhi doesn’t think Preeta did any mistake to marry her husband again. She doesn’t regard her wrong. She knows that the family will never believe her. She can’t choose either of Karan and Preeta. She wishes that Preeta understands her sorrow. She doesn’t want Preeta to get blamed for Mahesh’s condition.

She prays that Ganpati takes all the problems away from her house. She cries like a helpless woman. She prays that Preeta gains strength and tolerates Karan’s abandoning move. Rakhi wants to support Preeta by making prayers for her. Meanwhile, Prithvi calls Sherlyn. He apologizes to her to calm her anger. Sherlyn asks him to talk to her well. He compliments her and confesses love. He tells that he wanted to keep an eye on Preeta so that she doesn’t stop the marriage.

Sherlyn gives him the shocking news that Preeta got married to Karan. Prithvi gets a huge shock on knowing the truth. He asks her to deny her words. She asks him not to worry, Karan didn’t accept Preeta and ousted her from the house. He shatters and thinks of Preeta. He doesn’t want Preeta to face humiliation from Luthras. He decides to marry Preeta. He thinks Sarla will get Preeta married to him, knowing Karan has abandoned her once again. He is obsessed with Preeta. He tells that he will kick out Luthras and ruin them if he could take revenge on them.

He wants Preeta to keep her dignity, she deserves love and care. He feels hurt in his heart that she never understood his love. He knows that Sarla will understand him if he takes the proposal at the right time when Sarla will find Preeta broken and weak. Kareena asks Sanjana who is helping Preeta from the family. Ramona and Sanjana feel that Rishabh is supporting Preeta. Mahira and Preeta get into a fight for Karan. Mahira threatens to ruin Preeta’s life. Preeta accepts her challenge.

Reviewed Rating for this particular episode Kundali Bhagya Upcoming News Prithvi to propose Preeta: 1/5
This rating is solely based on the opinion of the writer. You may post your take on the show in the comment section below.