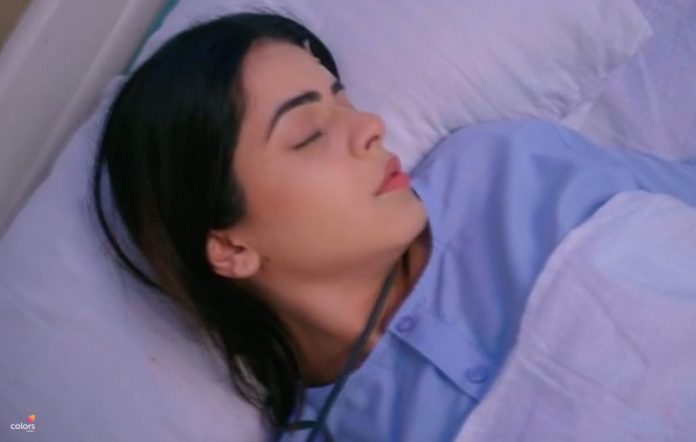 Shakti 27th August Shocking death twist for Heer Harak and Preeto cry for Heer. They sit by Heer’s side. They realize that Virat is behind her state. They recall Heer’s childhood and get emotional. Preeto tells him that they had also tried to harm Soumya, Virat knows Heer’s truth, he had threatened them about Heer. She knows that he kidnapped Heer before. Harak tells that none knows Heer’s truth in Virat’s family. Nutan tells them that Virat denied the blame, she has confronted him, but he said he isn’t involved in the accident. Virat thinks of Heer and is upset. He wants to know about her.

Jharna calls him and expresses her love. He misses Heer. He wants to forget Heer and stay happy with Jharna. Gurvinder asks him if he doesn’t care for Heer. He reminds that she wanted him to marry Jharna. He tells that he is giving Heer’s place to Jharna, he will not consider Heer ever. She tells him about her Dada ji’s sad love story. She tells that her Dada ji always respected his first love, Jharna would never be proud of his first love.

Virat can’t tell her that Heer is a kinner. Shanno makes a master plan against Heer. She asks Soham to remove the oxygen mask and kill Heer, so that their problems end. She tells that he won’t face any suspicion if he kills her in the hospital. She adds that he can also take revenge for his dad’s death. She asks Soham to think about her idea. Soham agrees to her. She wishes that Heer dies. Harak and Preeto pray for Heer’s well-being and recovery.

Daljeet arrives there with a motive to kill Heer. He finds Harak and Preeto. He hides from them. He also sees Soham and Rohan meeting the elders. Rohan wants Harak and Preeto to have some food. Preeto doesn’t want to have food. Harak insists to take her. Daljeet thinks they left. Preeto sees him, but doesn’t recognize due to the mask. Daljeet goes to kill Heer. Soham thinks of Shanno’s idea. He wants to erase the stain from the family. Daljeet thinks Heer will trouble the family once she gets fine. He wants to kill her.

Soham has enmity with Heer, ever since he knew that she is a kinner. He tells the family that he will be with Heer. Daljeet tries to kill Heer. Heer loses her breath and falls unconscious. Daljeet thinks she is dead. She gains consciousness when Virat comes there in the nick of time. Virat catches Daljeet and takes him out of the ICU. He bashes up Daljeet. He tries to unmask him. Soham doesn’t see them fighting. Soham hates kinners.

He thinks to kill Heer. Virat protects Heer from Daljeet, but can’t imagine that even Soham wants to kill her. Daljeet doesn’t want Virat to know his identity. Soham recalls Heer and his bonding, his promise to protect her, and her bitter truth. He gets into a dilemma. He feels sorry to think of taking her life. Shanno’s words echo in his mind.

He removes the oxygen mask and leaves her to die. Virat asks Daljeet who is he and why does he want to kill Heer. Heer holds Soham’s hand when she feels short of breath. Virat doesn’t let Daljeet go. Daljeet manages to run away. Harak, Preeto and Rohan find Virat in the corridor. They want to know what is he up to. Soham fights his inner devil. Virat reveals the truth to them about a deadly attack on Heer. He tells that he didn’t do the accident, someone had tried to kill Heer in front of his eyes. Harak and Preeto run to save Heer, while Soham watches her die.

Reviewed Rating for this particular episode Shakti 27th August Shocking death twist for Heer: 2/5
This rating is solely based on the opinion of the writer. You may post your take on the show in the comment section below.