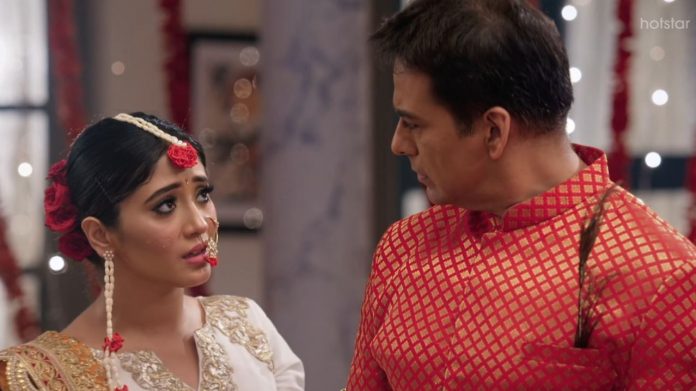 YRKKH Horrid sight shocks Kartik Naira 26th August 2020 Kartik and Naira look for Chori. Kartik thinks Chori has gone to her room. Naira tells him that Sudha is an NGO lady, she has called to inform about picking up Chori and taking her to the NGO. She tells that Inspector found about Sudha’s place, Chori used to stay there since childhood. Kartik tells that if Chori knows Sudha and if the place is also known, then they should send her away.

Naira tells him about her dream, they were too happy in the dream. Kartik tells that they can’t dream when they have sorrow to ruin their sleep, it was just a memory that flashed in the mind. He expresses his sadness. Naira feels sorry to stir his sorrow. Kartik tells that they were happy before, but that phase may not come back. Chori doesn’t want to go back to Sudha. She decides to stay at her old place. She packs some sweets and toys to leave.

She gets into Kairav’s room to pick some toys and clothes. She quickly takes a disguise so that Sudha and police don’t catch her. She wants to trick Goenkas and flee at the right time. She wishes that she had a good life like Kairav. Kartik and Naira get into Krishna Radha avatars. They side away their differences for a while. They have a silent romance moment. They admire each other’s looks. The family gets surprised to see them.

Moreover, Dadi wishes that their efforts work for Manish. She wants her son to get fine. Suwarna wants Kartik and Naira to put their best efforts. She prays that they succeed. Kartik and Naira meet Manish and show their costumes. Manish recalls the past in a flash. He stays confused. Kartik and Naira perform the Radha Krishna dance on Manish’s request. Manish enjoys their performance. The family expects Manish to react positively.

Furthermore, Kartik and Naira try to remind Manish about the past by enacting the same way. They also put up family pictures to remind Manish about his relations. Manish stares at the pictures. The family gets hopeful that he will get his memory back. Manish acts kiddish again. This breaks their hopes. The family cries for him. Chori prepares to run away. She finds Naira crying and prays that her problems ends. She wishes that Manish recovers, so that Kartik and Naira’s relation stays fine. She leaves the house. Manish finds her and goes along.

Kartik gets depressed when his hope breaks. He blames himself in a rage. He thinks he is at fault, since he isn’t able to do anything for his dad. Naira doesn’t want him to break down. Kartik apologizes to the family. He feels failed in his goals. Naira encourages him and asks him to focus on Manish. She tells that they can keep trying until they succeed.

He angrily tells that he can’t trust her again, she has hurt his trust repeatedly. He wants to take care of Manish alone. Naira doesn’t want him to shatter. Kartik promises Suwarna that he will not give up, he will bring back their old Manish. Suwarna tells him that her life became difficult and none can understand her pain. Kartik knows her suffering. He tells that he will fight again, he will try and make Manish recover.

He doesn’t lose hopes and recalls Naira’s motivational words. He then learns that Manish is missing. The family is shocked when they don’t find Manish at home. They look for Manish and realize that even Chori is missing. Kartik and Naira get a huge shock to see Manish begging on the roads. The sight gets horrid to tolerate. What will Kartik do next? Keep reading. 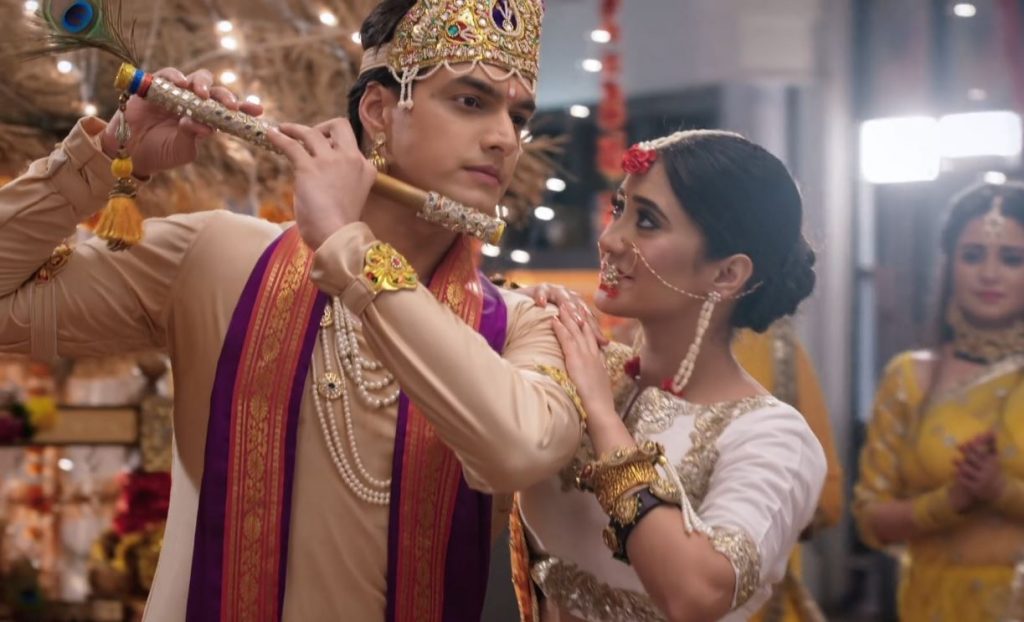 Reviewed Rating for this particular episode YRKKH Horrid sight shocks Kartik Naira 26th August 2020: 4/5
This rating is solely based on the opinion of the writer. You may post your take on the show in the comment section below.