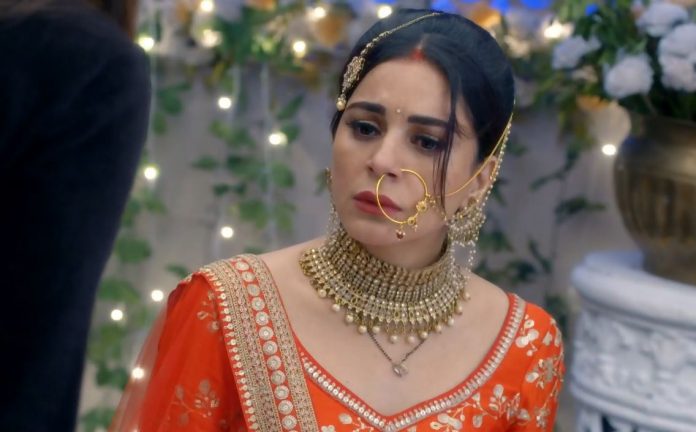 Kundali Bhagya Zee5 Update Preeta homeless again 31st August 2020 Sarla loses her cool when Prithvi speaks ill of Preeta. She slaps him. She defends her daughter. She asks him how could he use such bad words for Preeta. She asks him to have some shame before speaking such wrong about her daughter. Sarla asks Prithvi to get out, they have no relation left now. Prithvi asks her why is she angry on him, when Karan has ruined Preeta’s life. He tells that he would be happy if the marriage gets undone.

Janki recalls the past when Prithvi tried to kill her. Sarla rages at him. Prithvi apologizes to Janki. He tells that she was holding his hand in anger, so he just freed himself. Sarla throws him out of the house. He gets angered when Sarla turns deaf ears. Sarla’s sorrow gets immense. Preeta and Shrishti come home. Preeta dressed as the bride with shattered dreams come into Sarla’s sight. A storm enters the house.

On the other hand, Rakhi speaks to Mahesh and defends Preeta. She doesn’t think that Preeta did wrong, she has sent Preeta out of the house since the family hates Preeta. She knows that she is helpless and weak without him. She tells that she couldn’t support Preeta this time. Kareena finds Rakhi crying. She supports Rakhi. She gives strength to Rakhi. She feels Rakhi has taken the right decision. Rakhi is guilty that she has not got justice for Preeta.

Kareena tells that everyone is praising her decision against Preeta. Rakhi cries on hearing their hatred for Preeta. Sarla breaks down. Janki tries to lessen the burden. Sarla questions Preeta about her move to marry Preeta. She is much hurt. Shrishti reveals that Karan and Preeta got married. Sarla wants Preeta to leave the house after ruining her trust and relations. Rakhi finds Karan hurting himself. She wants to know his decision.

She stops him from drinking alcohol. She asks him if he is thinking about Preeta. She asks him to share things with her to find a way. Karan hates Preeta. Sarla bursts out her anger at her daughters. Sarla asks Preeta if she had taken her permission before marrying Karan. She calls Preeta a liar to not keep her word. She asks Preeta to remember the painful past, Karan’s cheat and the family’s support. She feels Preeta has cheated the family this time.

She doesn’t want to hear any nonsense excuse. Preeta tries to explain the reason behind the marriage. Shrishti defends Preeta. Sarla knows Shrishti always supports Preeta for the wrong. She feels she is at fault to trust them. Preeta tells that Shrishti didn’t know about her move. Preeta explains Sarla that she was helpless to marry Karan to stop Sherlyn and Mahira from killing Mahesh.

She tells that she has overheard their evil plans, Sherlyn and her lover kidnapped Rishabh to get his property, she couldn’t leave the family alone, she had to protect Mahesh and took this step. Sarla asks her why did she marry Karan, she could have informed Luthras about Mahesh in danger instead getting humiliation for herself. She ousts Preeta for once and all.

Reviewed Rating for this particular episode Kundali Bhagya Zee5 Update Preeta homeless again: 2/5
This rating is solely based on the opinion of the writer. You may post your take on the show in the comment section below. 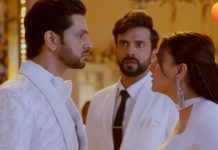 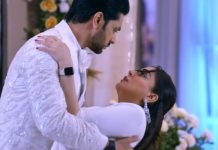