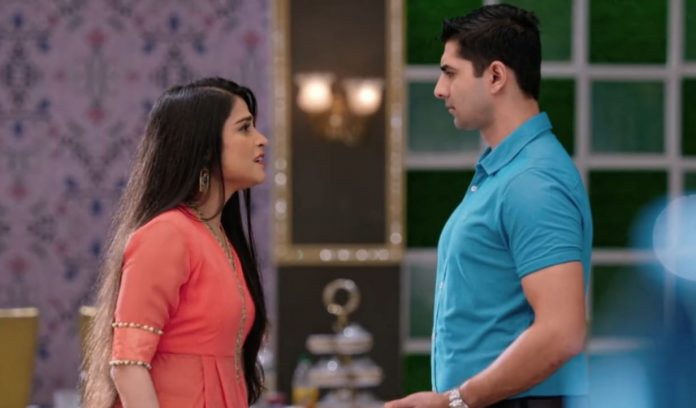 YRKKH Naksh suspects Kirti Emotional Naira 28th August Kartik and Naira stay stressed about Manish. He gets too emotional thinking of losing Manish if the surgery fails. Naira doesn’t want the family to pressurize Kartik. Kartik doesn’t want any surgery plan for Manish. Naira tells the family that they should give some time to Kartik to fight his fears and calm his mind, only then he can think what’s better for Manish. She knows Kartik is in pain.

Dadi wants Akhilesh to give his opinion. Akhilesh feels doctor is suggesting the surgery for Manish’s betterment, but Kartik isn’t wrong either. Naira tells that Kartik is moved by the last night incident. She asks them to have hope. Dadi prays for her family. Chori tricks Bhabhimaa/Kaveri. She wants to get a place in Singhania house. She makes Bhabhimaa emotional by making stories regarding the NGO life. Bhabhimaa feels sorry for her.

Chori thinks if she could convince Bhabhimaa, then she will stay with her forever. Naksh speaks to Naira. Naira hears Chori and scolds her. She asks Bhabhimaa not to believe Chori. She tells that Chori lies a lot to get their sympathy. She informs Naksh about the doctor’s suggestion. She adds that Kartik has refused for the surgery. She asks Kirti to speak to Kartik and convince him if possible. Kirti loses trust in Naira’s decision. She gets rude towards her.

Naksh senses her rudeness. He tells Naira that they will talk to Kartik. He asks Naira about her birthday plans. Naira doesn’t want to plan anything. She tells that she will celebrate on the day when Manish gets back as his old self. Dadi and family get emotional to see Kartik look after Manish as a father. The family has the same wish that Manish gets back to them. Kirti doesn’t like to visit Goenkas, due to Naira.

Chori also refuses to attend the party. Naksh explains that Sudha would be coming to pick her from Goenka mansion. He asks Chori to accompany them. Chori gets convinced knowing its Naira’s birthday party. She plans to run away before Sudha arrives. Kirti tells that its better to not force Chori, since Manish may get troubled by Chori again. She wants to stay back with Chori. Naksh knows Kirti is dragging her annoyance for no reason. He asks Kirti to clear her heart towards Naira. He exclaims that everyone loves Manish equally. He doesn’t want Kirti to blame or punish Naira by her indifference. He finds her behavior turning odd.

Suwarna doesn’t want Naira to suffer again. She recalls how she had caused a havoc in Naira’s life after Shubham’s death. She wishes Manish’s condition doesn’t spoil Kartik and Naira’s relation further. She regrets that she isn’t able to help Naira. She asks Naira to stay happy. Naira doesn’t want Suwarna to blame herself. Later, Kartik takes the flowers for Naira to wish her at 12. Naira waits for him.

She expects his arrival. She cries recollecting the celebrations of her birthdays. The fond memories make her miss the old times. Kartik wishes her from his heart and keeps the flowers. He doesn’t speak to her. She looks for him. Naira recollects her happy birthdays spent with Kartik. She doesn’t think this year’s birthday is happy. She gets a huge surprise from the family.

She is worried that Kartik will be angry to see the celebrations. She tells the family that they shall not celebrate, else Kartik will dislike it. She wants to celebrate once Manish gets okay. She recollects the moments with Manish. She wishes that he recovers. The family tells that Kartik has planned her birthday.

Kartik gets the birthday cake. Naira happily thanks him. He tells that he is doing everything for Manish’s sake, who wanted to have a party for her birthday. Naira gets sorrowful. They get a surprise when a man delivers legal papers of dance academy. He tells them that Manish wanted to gift the academy to Naira on her birthday. Naira feels upset. She doesn’t want to accept the file. Akhilesh asks her to accept the academy as Manish’s blessings. 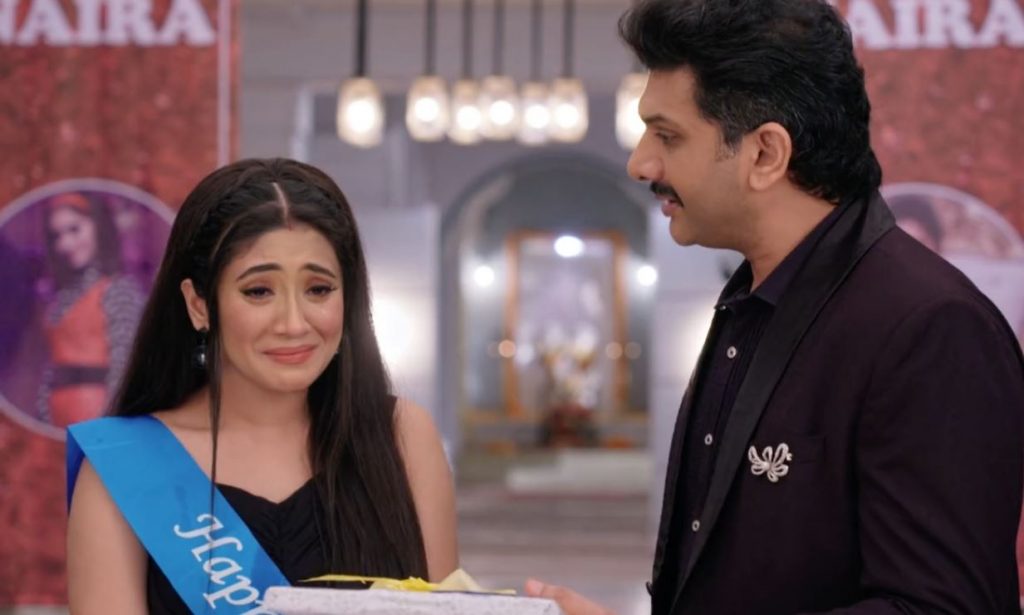 Reviewed Rating for this particular episode YRKKH Naksh suspects Kirti Emotional Naira 28th August: 3/5
This rating is solely based on the opinion of the writer. You may post your take on the show in the comment section below.